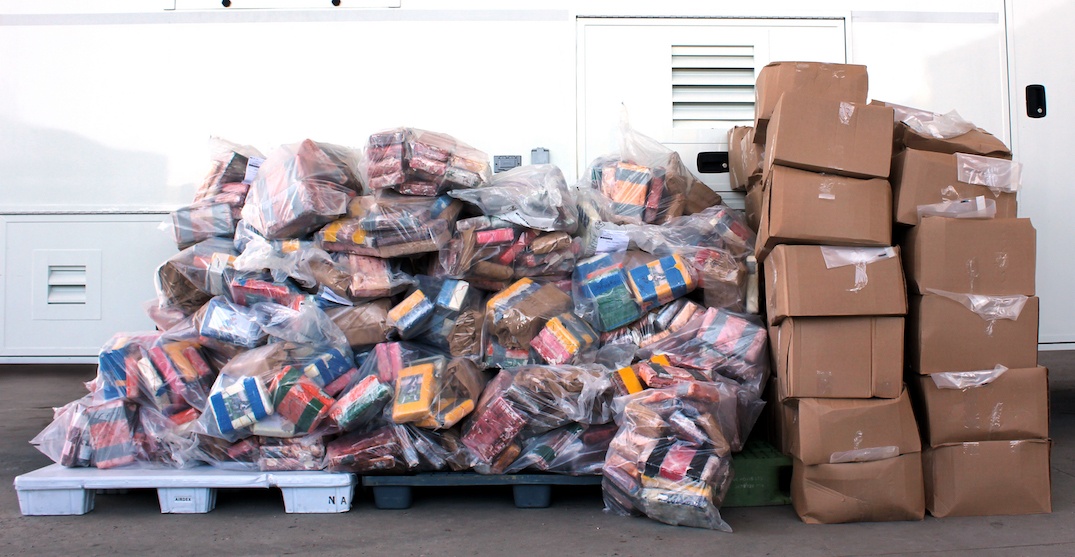 The Ontario Provincial Police (OPP) have intercepted an international drug investigation that has resulted in taking 1,062 kilograms of pure cocaine off the streets, in what’s now the largest single drug seizure in the OPP’s history.

At a news conference on Monday, OPP Commissioner J.V.N. (Vince) Hawkes, Deputy Commissioner Rick Barnum, and representatives from the project’s partner agencies unveiled details of the investigation and the stack of the evidence seized. 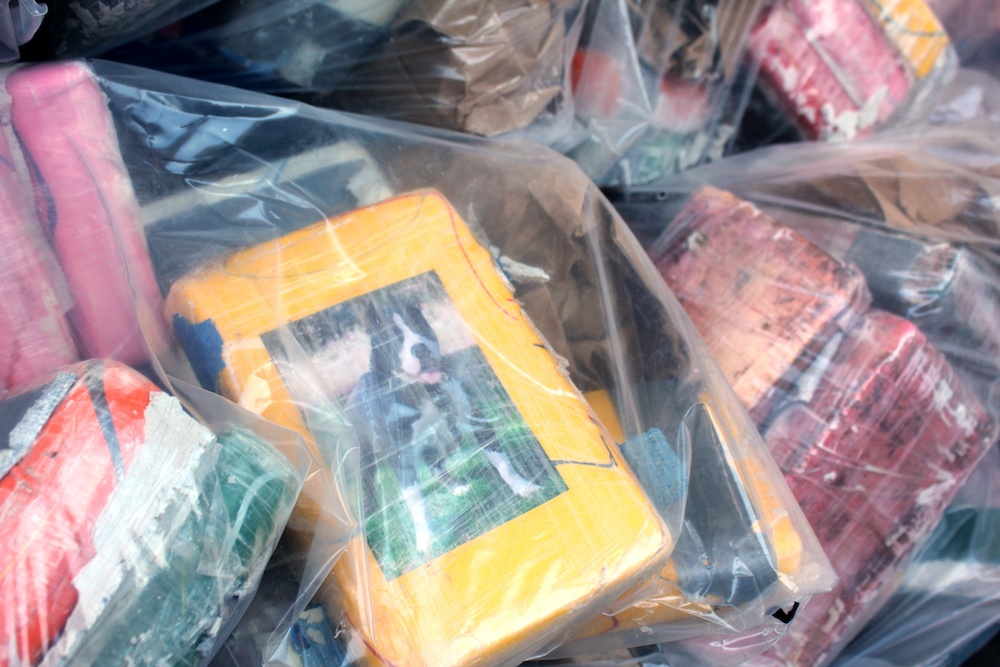 The wholesale value of this seizure during what police called Project HOPE is estimated to be worth $60 million while the eventual street value, once cut, is approximately $250 million, according to the OPP.

“The OPP recognize that illegal drugs cause grievous harm and threaten community safety. With the amount of pure cocaine seized during Project HOPE, we’ve stopped many criminals from causing more harm to our communities while removing a quarter of a billion dollars from the criminal economy,” said Commissioner Hawkes in a statement. 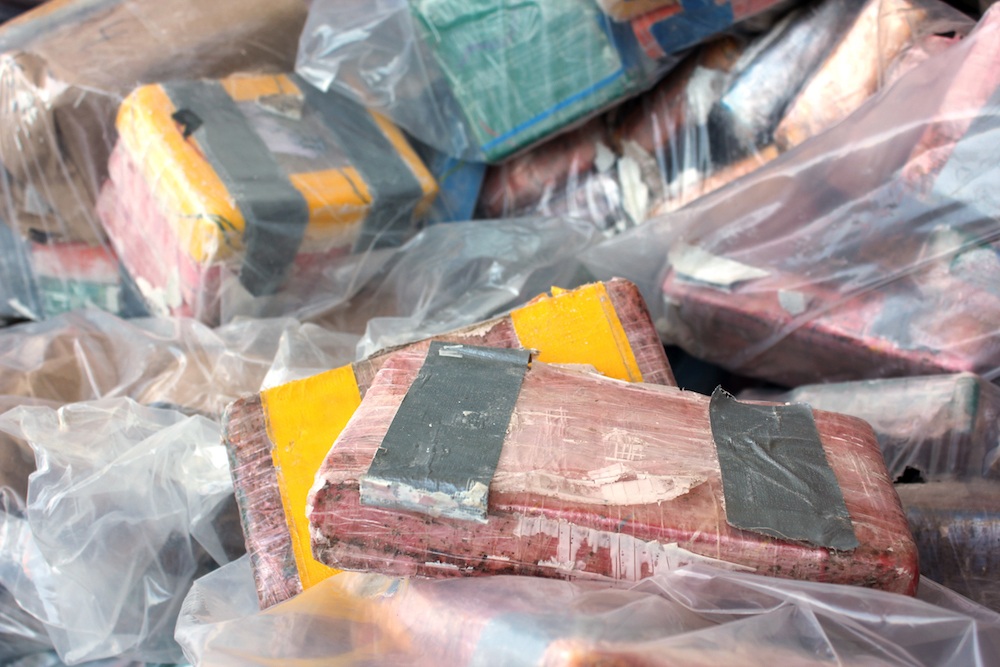 The OPP states that during the investigation, three individuals responsible for importing massive quantities of cocaine from Argentina were identified and linked to cocaine transported on ocean-going vessels in shipping containers to the Port of Montreal for distribution in Ontario. 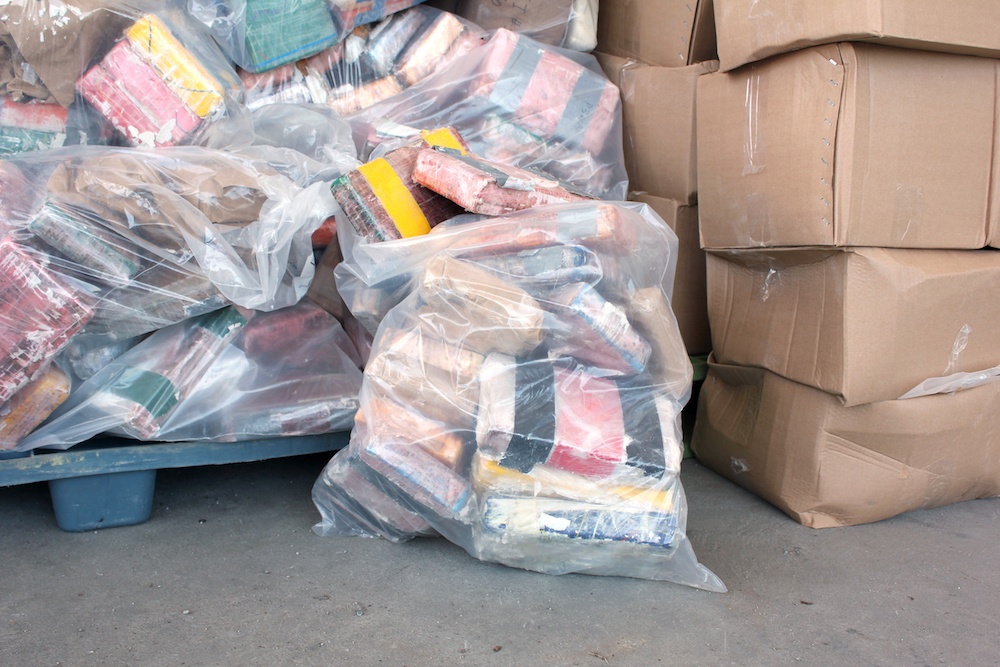 The investigation, which took place over the course of several months, linked to various caches of cocaine at the Port of Montreal and in Stoney Creek, Ontario.

Medina-Gatica and Orozco-Lomeli have been released on bail, while Karim-Altamirano remains in custody pending a bail hearing on August 30. 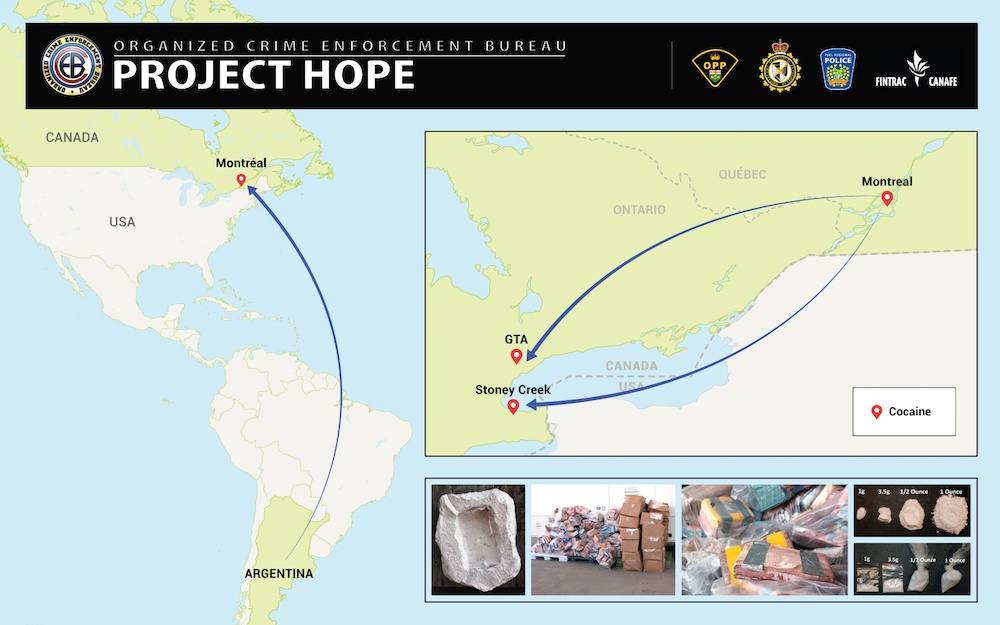 Project HOPE map/Courtesy of the OPP