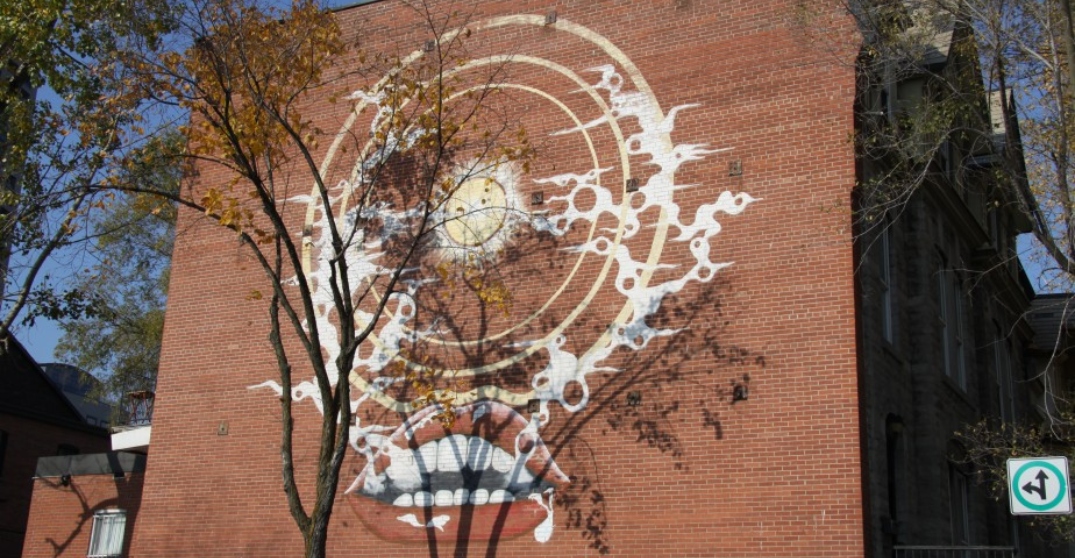 Murals have become a staple in Montreal’s colourful visual identity over the past several decades. The city currently has more than 3,000 murals spread out across the island, the oldest (still visible) of which is half a century old.

In 1972, artists Jacques Sabourin and Claude Dagenais designed the untitled work and painted it onto a building at the corner of President-Kennedy Avenue and Jeanne-Mance Street — where it still stands.

According to Art Public Montreal, the piece was created as part of a Canada-wide project called “artwalls,” where murals were put up around the country, such as Rita Letendre’s piece in Toronto and Roger LaFrenière’s in Winnipeg.

The smoke coming from the mouth is rumoured to represent the sponsor of the art piece, tobacco company Benson & Hedges. 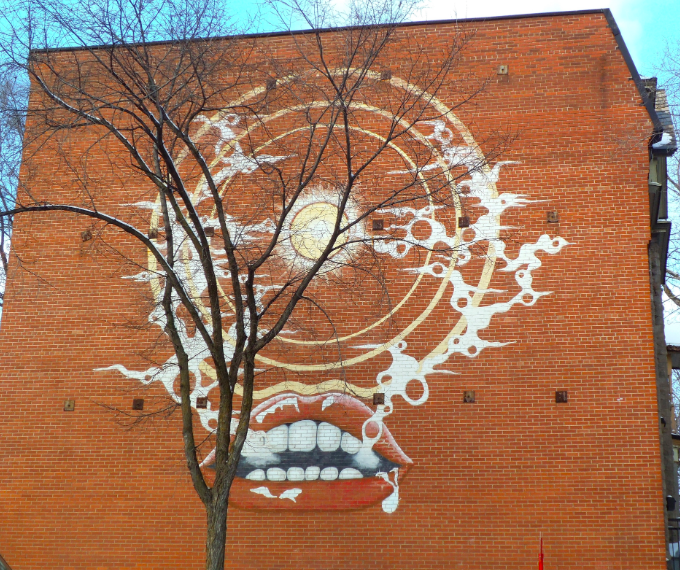 Be sure to check out more of our favourite Montreal artworks right here and turn it into a summertime mural excursion.