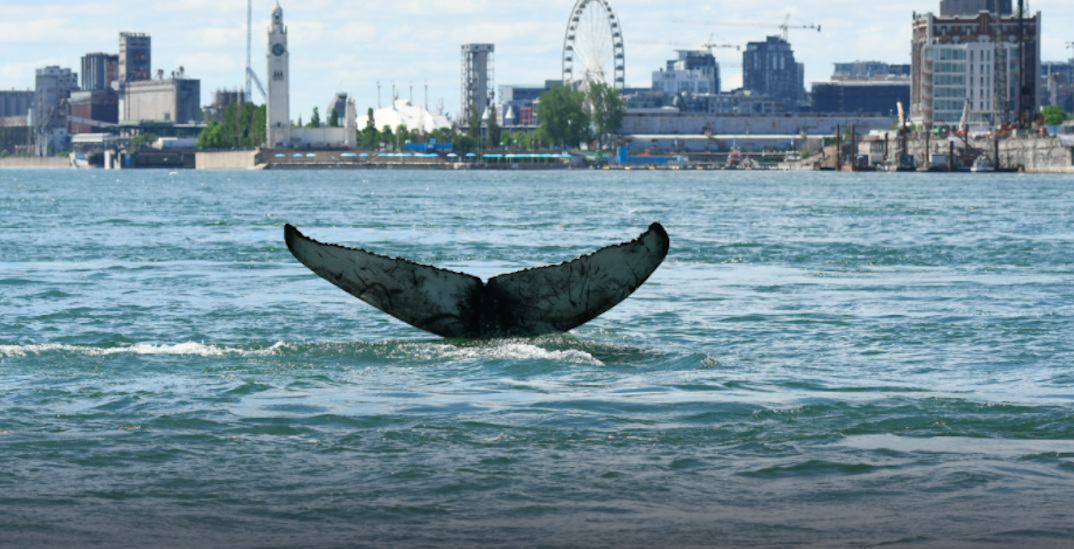 As if 2020 hasn’t already been filled with upsetting stories, the Old Port’s humpback whale has died.

Teams from the Quebec Marine Mammal Emergency Response Network (QMMERN) confirmed the carcass found in the St. Lawrence on Tuesday was that of the wayward whale that enchanted Montrealers for a little over a week.

The cause of death is not yet known and a necropsy was started on Wednesday morning by a team from the Université de Montréal’s Faculty of Veterinary Medicine.

More details will be released tomorrow.

The QMMERN says towing the carcass of a 10.2-metre long, 17-tonne whale is difficult because of the bloated gases from its decomposition. Experts say there is a “combination of logistics, security, and public health issues.”

The whale’s point of death must be accessible to land vehicles to transport the necessary equipment needed for the necropsy and the whale-towing team.

The necropsy will take place in two stages, says the QMMERN, and will allow for observations as to the whale’s sex, signs of collision, flesh condition, recent feeding, presence of parasites, and so on.

QMMERN spokesperson Marie-Ève ​​Muller says she hopes that the legacy of Old Montreal’s whale will remain positive even after its death, as it served as an ambassador of distractions during an already difficult year.