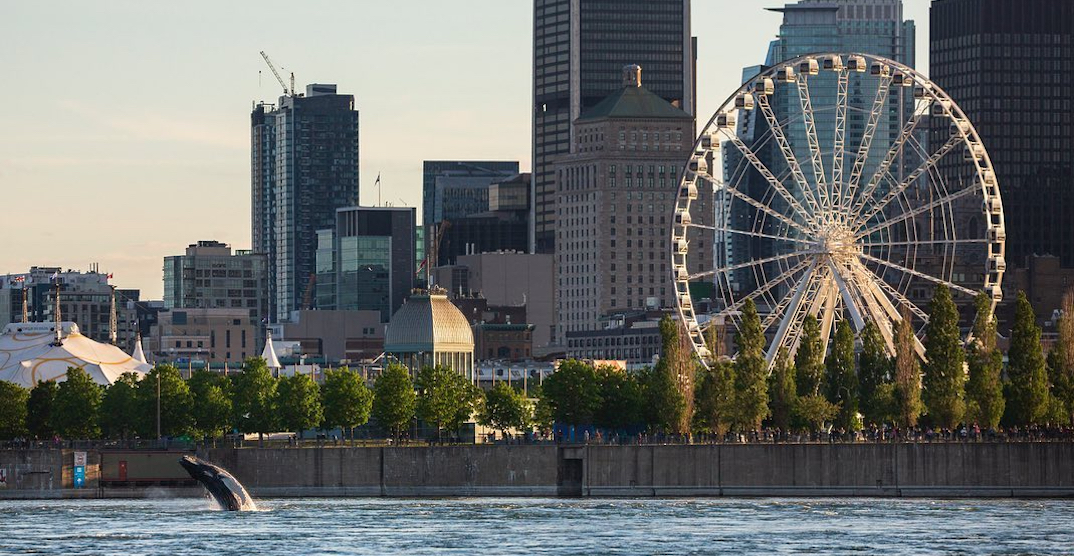 The astray humpback whale that enchanted Montrealers by breaching in the Old Port appears to have died.

As if 2020 hadn’t already given us enough upsetting news, an employee at the Quebec Marine Mammal Emergency Network confirmed with Daily Hive that a whale’s carcass was seen drifting down the St-Lawrence River in the early hours of Tuesday morning near Varennes.

Marine experts say a team will be investigating the whale later on today to confirm if it was indeed the same humpback that delighted Montrealers for a little over a week. Though the source at the Quebec Marine Mammal Emergency Network said it was “likely” the same whale.

According to the Groupe de recherche et d’éducation sur les mammifères marins (GREMM), the Old Port is the closest a wayward whale has ever made it to the city of Montreal, let alone for four days.

On Monday night, GREMM said the whale’s location is a “mystery.” The research group said the whale had not been seen since June 7 in Pointe-aux-Trembles and the group says it’s ready to receive reports about the whale, whether that means it’s in “trouble, out of the area, or dead.”

The GREMM says the SPVM’s nautical squad will continue its on-water patrols, as will Fisheries and Oceans Canada fishery officials.