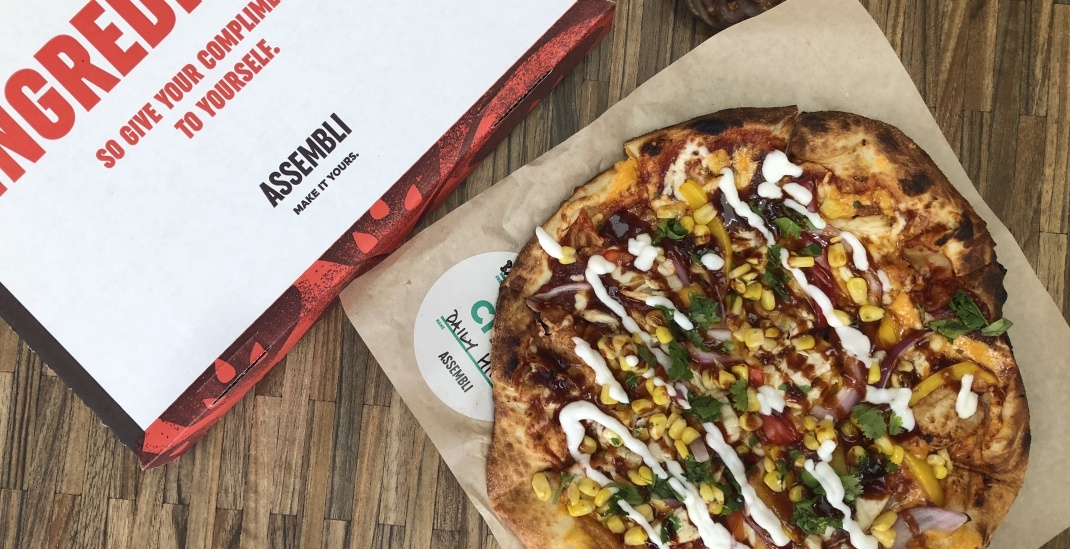 Some assembly required! Presumably, that’s where Toronto’s newest pizza joint gets its name. Assembli, similar to Blaze Pizza and Pi Co., deals in pizza and salads that are fully customizable.

The new restaurant, on Church Street just south of Carlton, is a first for Toronto though the mini-chain already operates two outlets on Canada’s west coast. The brand is planning to grow in Ontario and being a greaseless kitchen makes it perfectly poised to open up shop inside condos everywhere.

Ordering takes place at the counter where a menu board advertises signature offerings – all priced for $14. 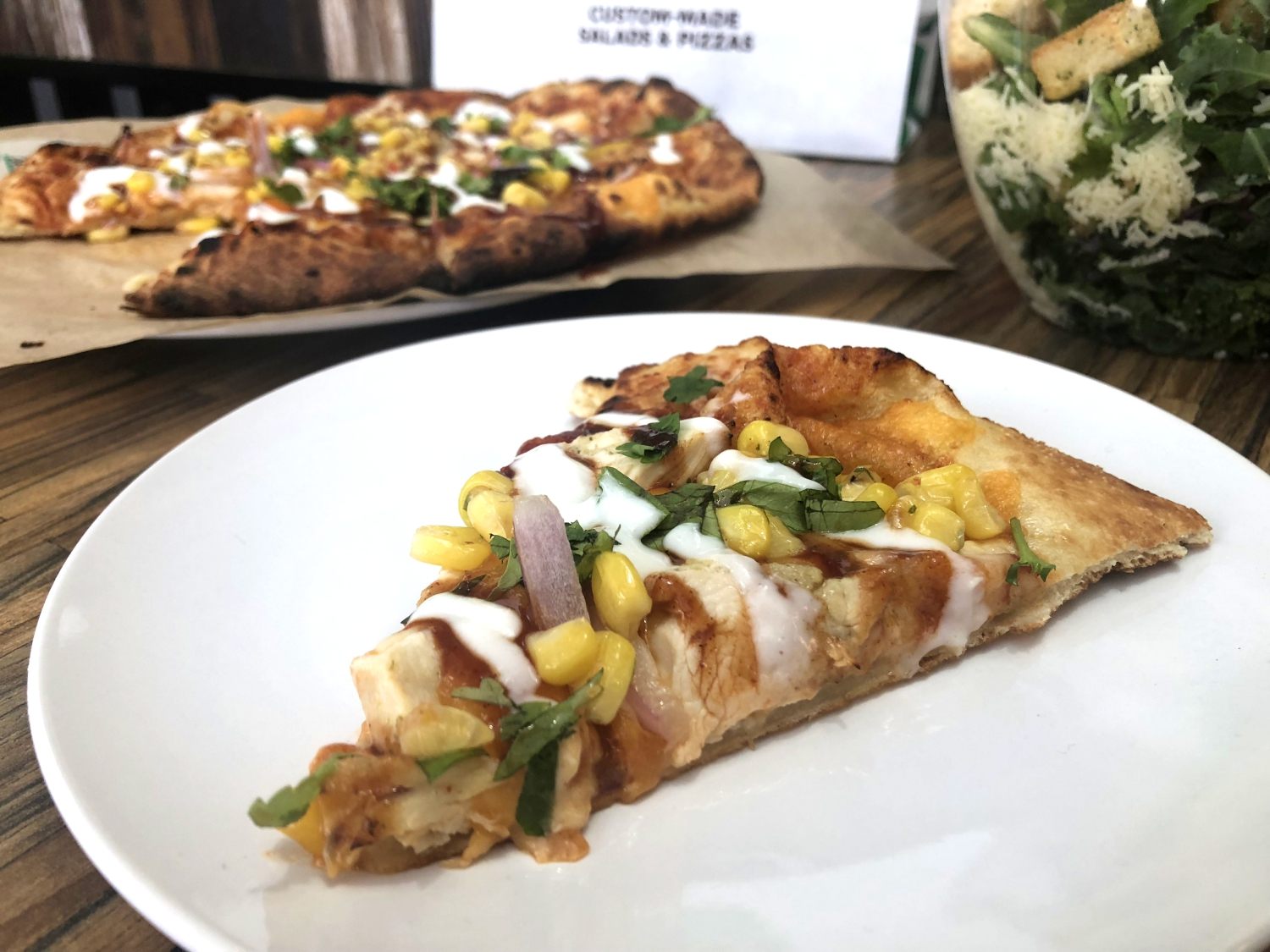 There’s the Root Cause loaded with a mix of roasted root vegetables, garlic, mozzarella, red onions and spicy red sauce, as well as the Backyard BBQ dressed with roasted chicken, red onions, corn salsa, and cilantro over a mix of mozza and cheddar. It’s finished with yogurt and a BBQ sauce drizzle. 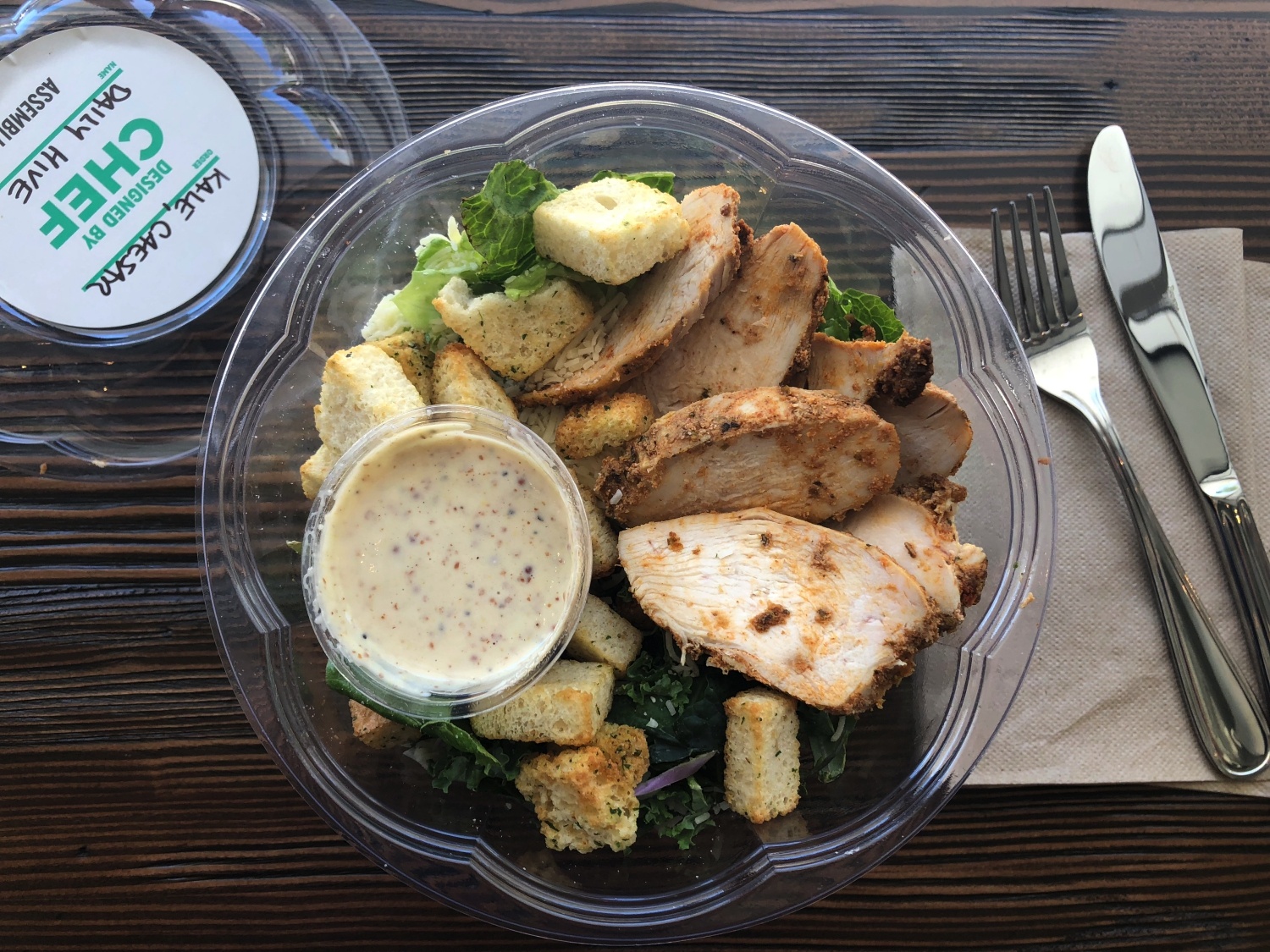 Salad-wise, there’s the self-explanatory Kale, Caesar, and options like the hearty O-mega Braniac packed with greens, quinoa, cucumber, beets, blueberries, avocado, and a mix of seeds and nuts. 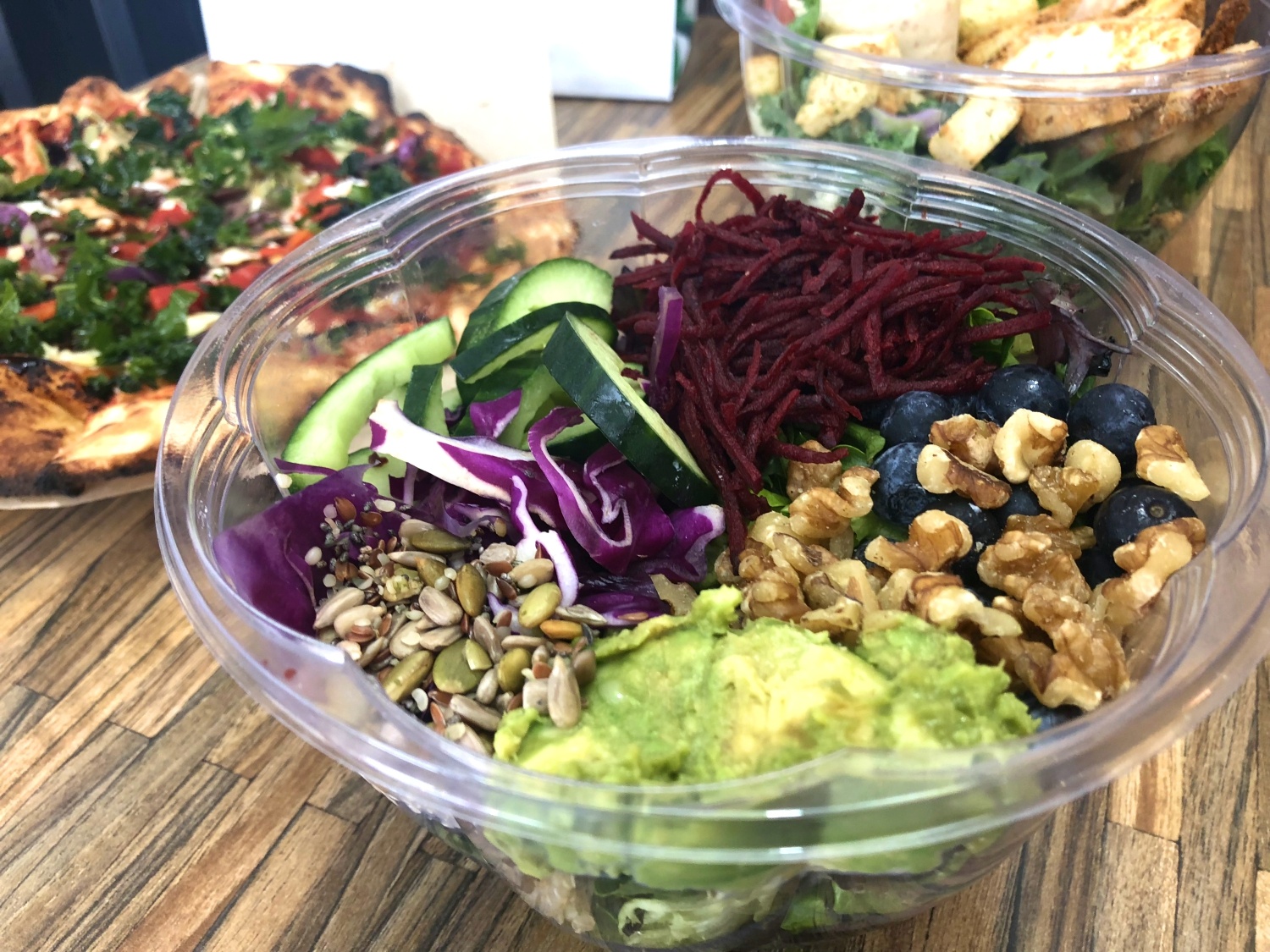 Of course, the signature pizza and salads are only suggestions. Over 50 ingredients are on display and include an array of sauces, cheeses, proteins, veggies, and drizzles. 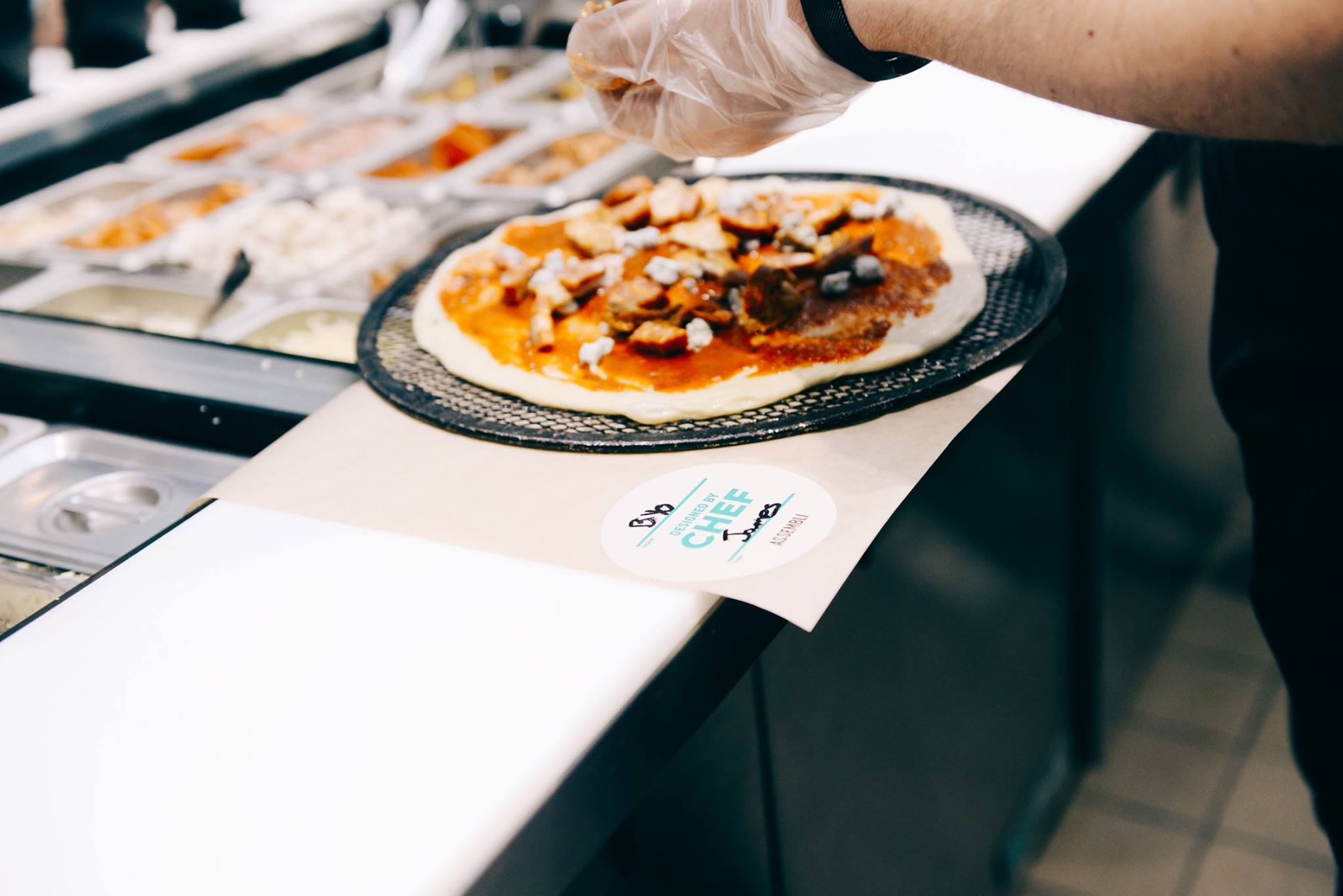 For pizza, the dough is stretched to order and topped to specification then baked in under two minutes in an electric oven. 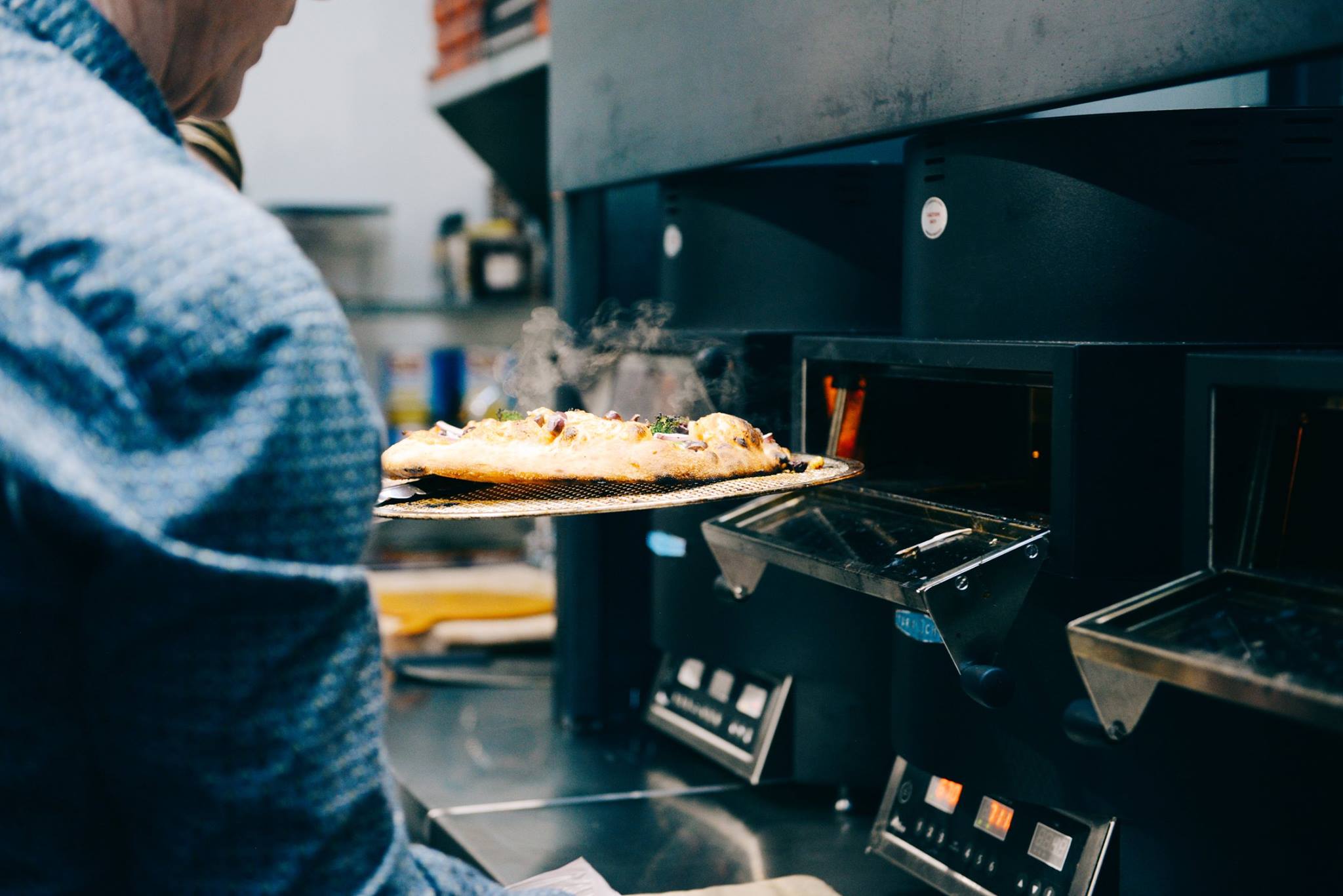 You could eat something entirely different every day for roughly three years according to promotional materials in store. 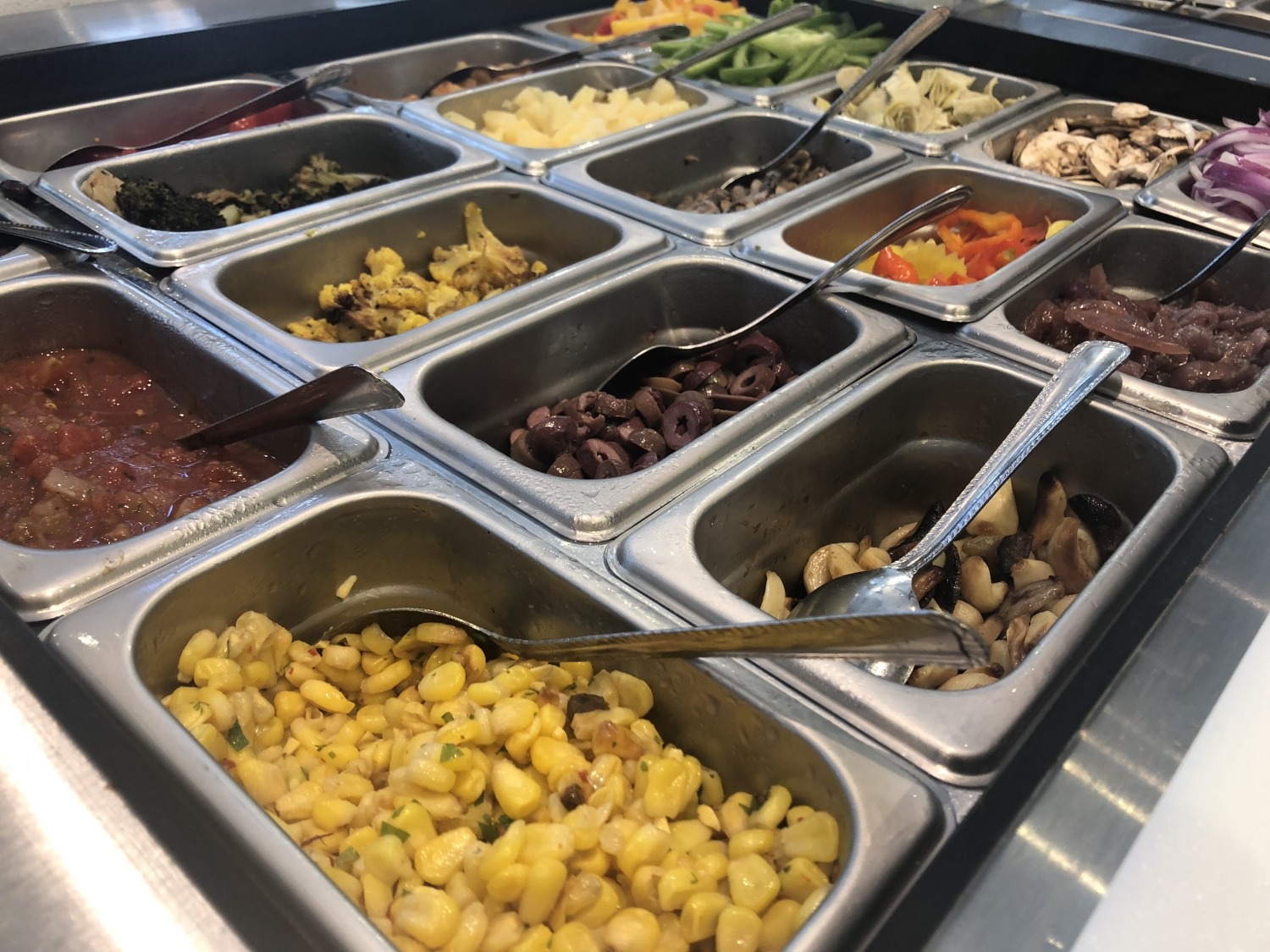 Build-your-own-salads are available over a base of spinach, mixed greens, kale, or romaine.

Dressings, made in-house, include choices such as “Goddess” dressing, creamy chive, and ginger sesame, plus the option to add brown rice, quinoa, and avocado which are all welcome add-ins for when you’re trying to turn salad into a meal. 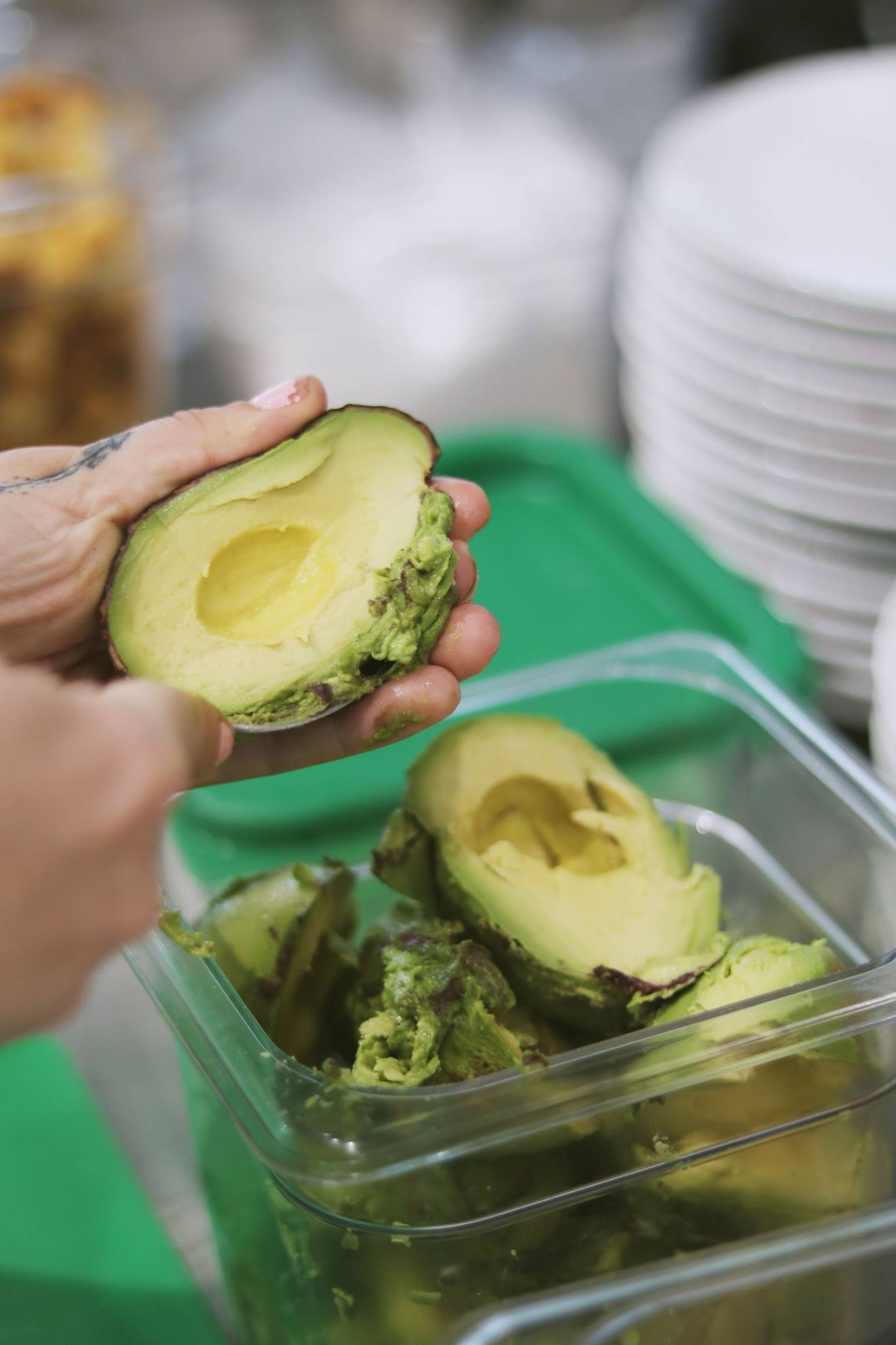 Even vegetarians and vegans will find an abundance of options. Tofu is among the ingredients available, plus there’s a vegan protein made from walnuts and lentils, and Daiya cheese. 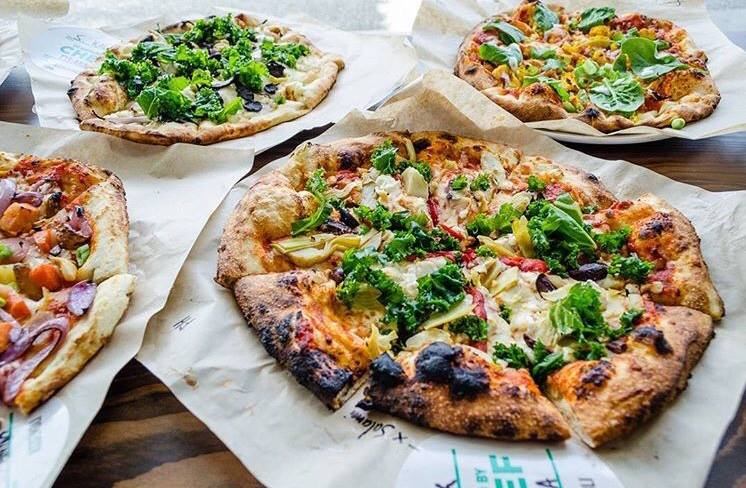 While not yet available during its opening week, the plan is to serve at least three local craft beers and a cider once licensed.