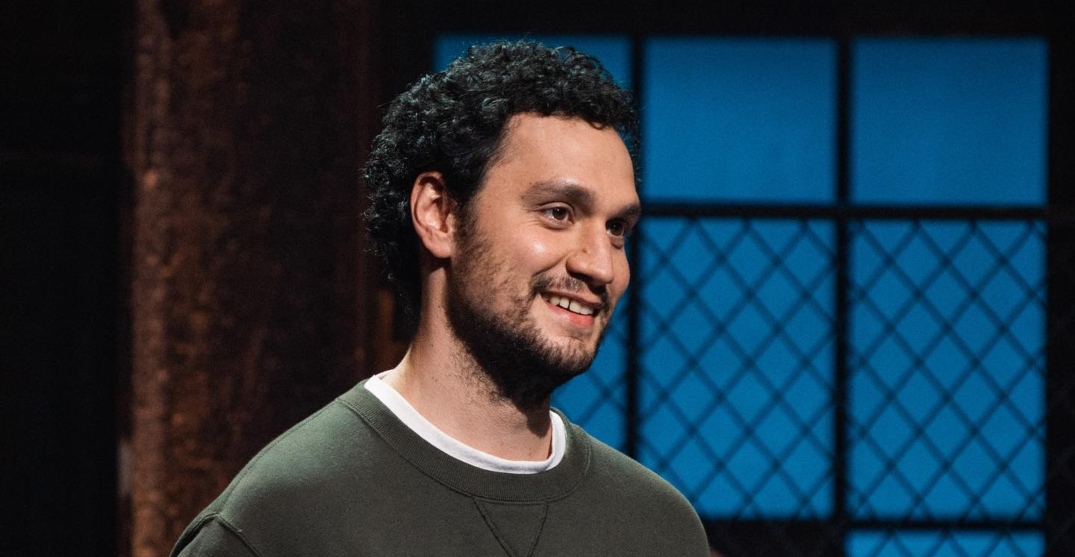 The planet just got a lot less funny.

Nick Nemeroff, the Juno-nominated Montreal-born standup comic, passed away on Monday at age 32.

In a heartfelt Twitter thread on his account, family members announced with “profound sadness” the “sudden passing of our beloved brother Nick Nemeroff.”

The 32-year-old was called a “comic’s comic” and used “unique cadence” and “labyrinthine deadpan” in a refined misdirection-driven approach.

“If Nick was on a comedy show, he was guaranteed to leave with new fans,” says the social media post. “And he deserved to, because comedy was, in many ways, his life. Endlessly sweet, supportive of others, humble about his many skills and achievements, Nick lived his life doing what he loved, and that is how he will be remembered. RIP Nick. We love you.”

Nick’s dedication to standup was formidable, and produced amazing results. He drew acclaim in Canada and the US, becoming both a ‘comic’s comic’ and a hit with crowds who were enamoured by his unique cadence, labyrinthine deadpan, and fresh take on misdirection-driven comedy. pic.twitter.com/3TiG3eOGHM

Nemeroff, who split his time between Montreal and Toronto, was nominated for comedy album of the year at the 2021 Junos for his debut This Pursuit of Comedy Has Ruined My Life. He performed a set on Conan at just 28 years old and had appeared at Just For Laughs, CTV’s Roast Battle Canada, and the Winnipeg Comedy Festival.

Since his untimely passing, an outpour of support from comedians across North America highlighted his kindness, one-of-a-kind sense of humour, talent, and admiration for the art.

If you’re unfamiliar with his comedy, we’d recommend checking out his material. Regardless, enjoy these tidbits of the legacy he left behind. He’s making angels laugh in heaven, no joke.

Nick made me laugh so hard at an open mic once I stood up and cheered and so did a bunch of other people. It was a crazy thing to do at an afternoon cafe open mic but that’s how funny he is

What an enormous loss. Nick was so beloved by all❤️

RIP Nick Nemeroff, you will be missed bud

Completely heartbroken to hear of Nick’s passing. I am so sorry for your loss.

Fuck RIP Nick Nemeroff. This bit on him CC stand up video is one of the funniest things I’ve ever seen. https://t.co/pzuzmiXTf1

So devastated to hear about Nick Nemeroff – one of the funniest and best people. Love you Nick and thoughts to his family and friends

You owe it to yourself to head over to the Comedy Central Facebook post of a set of his. Both because the set is so funny but also because the bit he ran in the comments is one of the funniest things I’ve ever seenhttps://t.co/4Bz6ckMjIE

Nick was amazing at comedy and even better at being a great human being.
He always made me feel seen and appreciated and was an example of how to treat people.
Get to know him if you haven’t had the pleasure yet https://t.co/kzyjaKen4U https://t.co/ZlqEmrpykZ

This doesn’t feel real @nicknemeroff passed away. He was so kind and nice and made every show better. Love you Nick. https://t.co/tflaBS713M

sending so much love to everyone who was close with, loved, & admired Nick Nemeroff. my heart is breaking for you all. I just listened to his album on an overnight flight & had to turn it off because I was afraid my laughter would wake other passengers. He was so talented & kind.

Nick Nemeroff was such an impeccable alt comedian, with such layered misdirection and games-within-games in every set, that a small part of my brain will need a year to believe he’s really gone. I’m honoured to have met and laughed with the foremost influence on my comedy. RIP ✋

I keep thinking about how funny Nick’s commentary on his own passing would be. He made every single topic so effortlessly funny and I bet you anything he would have a field day with this. Rest in peace @nicknemeroff thank you for all the laughs.

Nick Nemeroff was such a funny dude. Loved meeting him out in SF some years back. I’m heartbroken for his friends and family. Rest easy, man.

Nick Nemeroff was a very funny comedian with a bright future ahead of him. He’ll be missed. pic.twitter.com/LKA9CyAsxv

Nick Nemeroff made me laugh harder than pretty much anyone, and when you hung out with him it never felt like he’d been on Conan and you never would. He lived just long enough to be the funniest Canadian comedian alive, which is cool silver lining in a really sad day. https://t.co/VzqTbBLBbl

Just learning of the tragic sudden loss of one of my favourite comedians Nick Nemeroff. The Canadian comedy family has lost another member far too soon. Sincere condolences to Nick’s family… https://t.co/d7sbCluDjy

. @nicknemeroff was the sweetest and funniest guy ever !!! do yourself a favor and listen to his album it fuckin rules !!! 💜🤍💕https://t.co/pWaWfmiJ0v

this is incredibly sad news @nicknemeroff was so original, kind, and so funny. I can’t believe this. please look up his clips and listen to his album there won’t ever be another like him. https://t.co/YU0epmyrJL

We’re shocked and saddened by the inconceivable news that beloved Montrealer and comedian @nicknemeroff has passed away. While it feels profoundly insufficient, our deepest sympathies and heartfelt condolences to his family and friends. More information: https://t.co/XXHxS11vDK pic.twitter.com/mqEYOcISVU

fucking heartbreaking. so sorry to all of the people who loved him. nick and i only did a few shows together but i loved running into him & watching him perform. he was one of a kind.

Nick Nemeroff was the best of us, the king, the funniest guy, a great friend. I loved him so much and I will miss him forever. pic.twitter.com/Jc12ZS4o3D

It’s a devastating day for those who knew him. Nick Nemeroff was a beautiful man. My condolences to his family and everyone in the comedy world. I admired him greatly.

Nick Nemeroff was a beast of a comedian and a truly nice guy. He was one of the comics who I would see on social media get some inkling of success and everytime I think “good: there’s some justice in comedy. He deserves it and so much more”. I’m very sad today. RIP

think about this joke all the time. nick was so funny https://t.co/S8OIG0DNSY

At the nest last time he headlined. Sending Hisham a pic of his sweet boys. Was supposed to be on a show Saturday. Messaged him what happened I saw you’re not on the show anymore. I had no idea. I’m so sorry Nick. I miss you dude. Please hold out your hand and say psych. pic.twitter.com/X4Mv5zTfX6