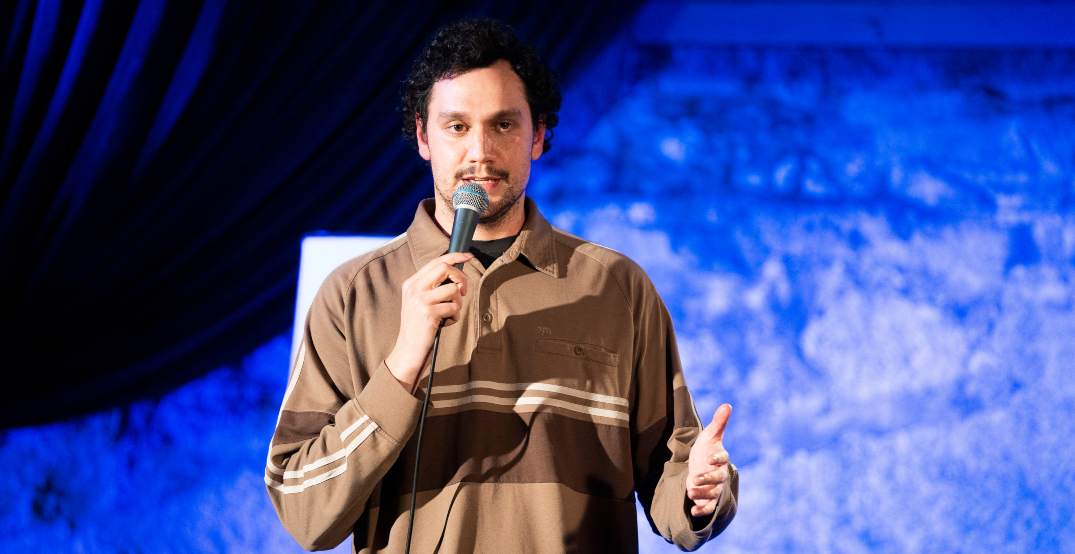 After what the world’s been through over the past 24 months, we could all use a few laughs. Luckily for us, that’s where Montreal comedian Nick Nemeroff comes in.

Fresh off of a JUNO-award nomination for Comedy Album of the Year, Nemeroff is joining a new group of Canadian comedians on the cusp of debuting the brand-new season of CBC Gem’s The New Wave of Standup.

Season two of The New Wave of Standup was filmed during the 2022 Just For Laughs Vancouver festival.

Nemeroff — who balances his time between performing in Montreal and Toronto — tells Daily Hive he thinks since reopening after the latest COVID-19 wave, comedy clubs in Montreal have been “recharged in a way.” The 32-year-old comic says now is an “exciting time; crowds are much more excited to see comedy and have a night out after being stuck inside for so long.”

His routine garnered the attention of Conan O’Brien’s producers in 2018, and Nemeroff was invited to perform on Conan before the iconic late-night host’s show summed up its 28-year-run.

Nemeroff tells us performing on Conan was a “dream come true” that he was “very, very grateful for. “I got to talk to him after my set,” he says. “I remember when he came over to shake my hand, I thought, ‘he looks so much like Conan’ — it was surreal.”

Nemeroff says some of his favourite spots to perform in Montreal include the fan-favourite The Comedy Nest — the first place he ever performed and headlined, Théâtre Sainte-Catherine, and a couple of underground venues, The Art Loft and the top floor at McKibbin’s Irish Pub.

“I like rooms that are smaller and tighter,” he says. “Good acoustics, good energy, and intimate settings that are popping up around Montreal. I hope they can keep going.”

In regards to the stresses of coming up with a 10-minute set, Nemeroff says it’s tough to tighten up a good set. “You really have to nail it,” he says. And nail it, he did.

Check out his headlining act in episode four of season two right here.

If you need more of a Nemeroff fix, be sure to check out his JUNO-nominated stand-up album, “The Pursuit of Comedy Has Ruined My Life,” which he quips is his “first stand up album in over 30 years.”

Keep your eyes peeled for the up-and-coming comedian who says he has hopes of landing a gig at the 40th edition of Montreal’s iconic Just For Laughs festival.