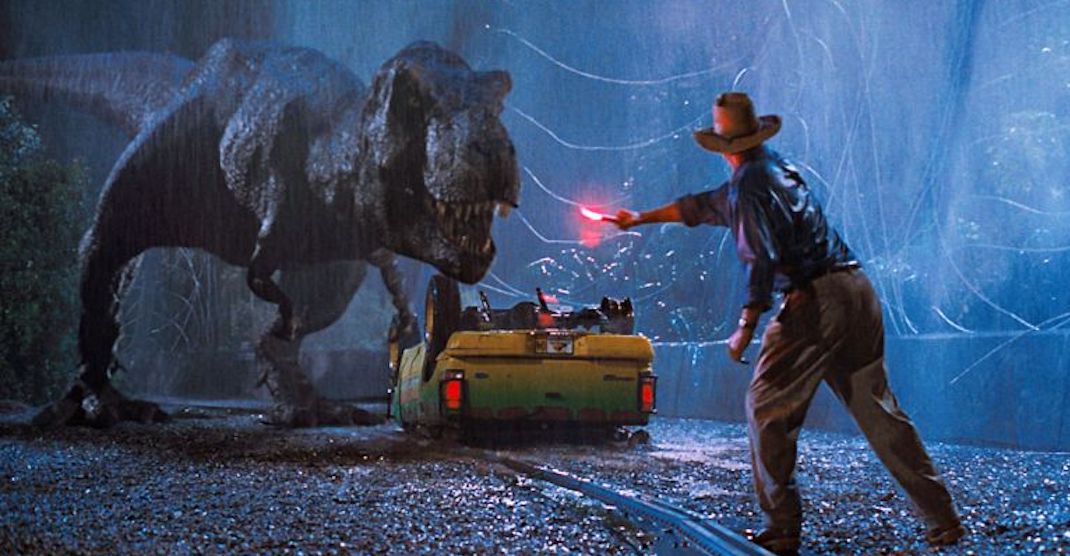 If you’re thinking of staying put all weekend, forget watching a single movie, watch the entire series. Netflix Canada has an impressive array of film franchises, including everything from action, to superheroes, dinosaurs, and vampires.

We’re omitting the original Spider-Man series, Harry Potter, and the Marvel Cinematic Universe because we’re only focusing on franchises that Netflix carries in their entirety.

Because if you’re going to do something, do it right — you know?

Here are a collection of complete franchises to check out on Netflix Canada that you can watch for an entire weekend.

Christopher Nolan takes on arguably the most iconic superhero of all time in a series that features the dark knight facing off against a library of villains in a real-world Gotham City that includes Scarecrow, The Joker, and Bane.

When it comes to superhero franchises, this is as good as it gets.

If you’re in the mood for dinosaurs, you can’t get much better than this iconic franchise based on the Michel Crichton novels.

Start with the 90s Steven Spielberg classic, which still holds up remarkably well today — just remember to stay out of the long grass.

The Back to the Future Trilogy

When it comes to trilogies, this series featuring a time traveller DeLorean, Marty McFly, and scientist Dr. Emmett Brown, who travels back to 1955, is tough to top. It’s regarded as the best trilogy of all time, and you won’t hear many complaints against the claim.

When it comes to film adventures, Indiana Jones is the guy.

Despite the fact that the series’ latest entry from 2008 was considered a failure, the first three are a great ride, which still holds up well.

A fifth film is currently in production, slated for a 2022 release, so you might want to catch up.

So it’s not exactly critically-acclaimed cinema, but it’s pretty entertaining. It’s a vampire series full of beautiful people, werewolves, and some corny jokes. What else do you really need?

Based on the books, the series were big-time money-makers a decade ago, and they churned out five movies impressively fast.

It’s a bit confusing, but just sit back and enjoy it.

Well, do you want the blue pill or the red one? Join Neo, Trinity, and Morpheus as they attempt to lead a revolt against a Machine Army.

The fourth film is in production; you might want to get caught up.

If you’re looking for an adrenaline rush, the MI series has it all. Follow an American spy agent (Tom Cruise) over two decades worth of stunts, car chases, gunshots, love triangles, and villains.

Plus, that theme song will be stuck in your head all weekend.