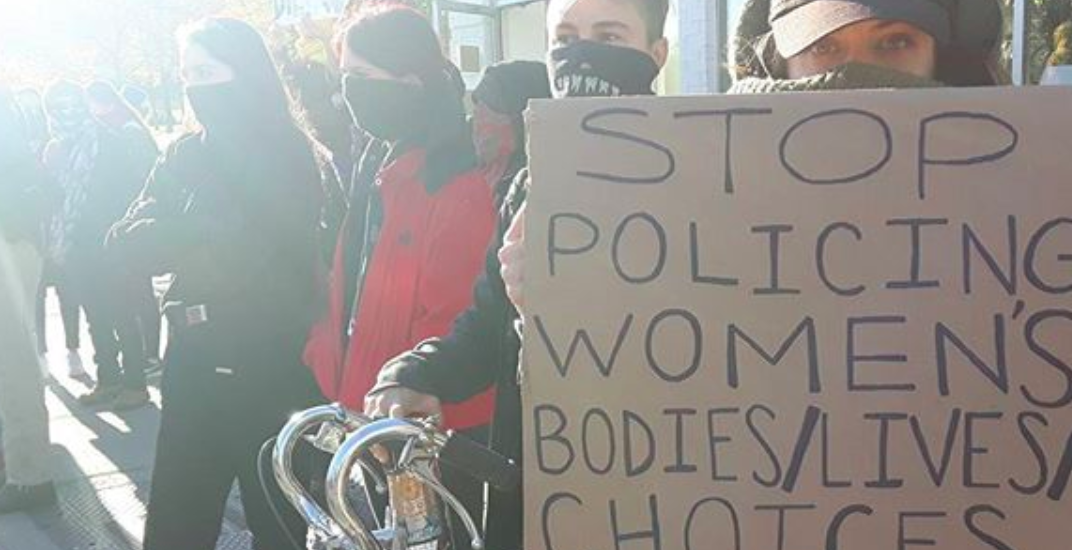 Montrealers took to the streets wearing masks and scarves covering their faces to protest Bill 62.

On Wednesday, Quebec officially passed Bill 62, a law that requires individuals in the province who give or receive any public service to uncover their faces. This applies specifically to Muslim women who wear the wear a burka or niqab.

One of the most controversial points of the new law is that would force Muslim women who wear a niqab or burka to show their faces in order to get on a public bus.

It appears that the demonstrators wanted to send a clear message against the ban and public transit because they chose to protest near the 80 bus route on Parc Avenue during morning rush hour.

Hey for SOME REASON I bet I’ll be allowed on the bus. #shameonquebec #bill62 pic.twitter.com/zAfQLkIoqu