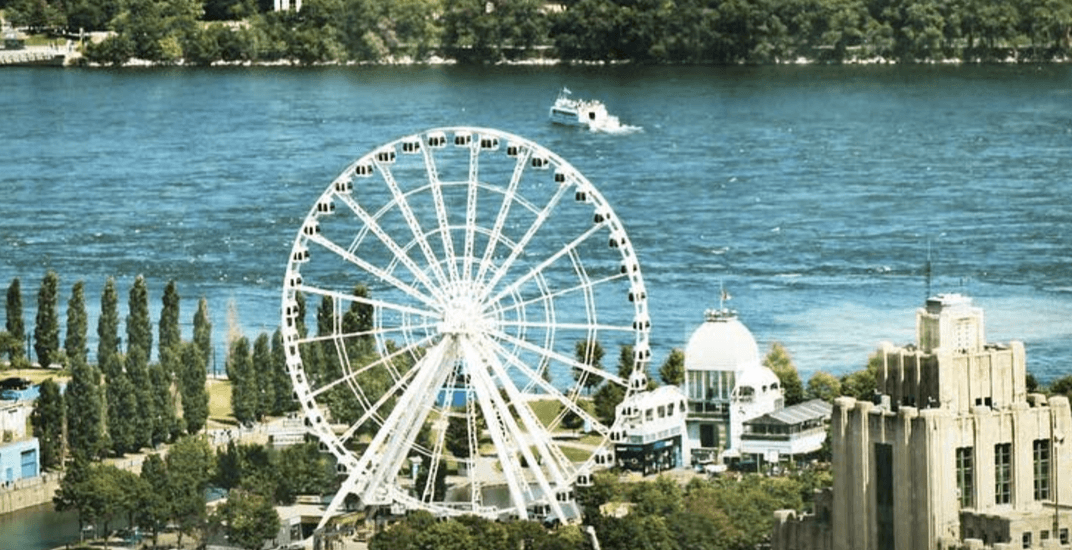 Go topless,  shop ‘til you drop, and eat free donuts. Yep, that’s right, you can do it all over the course of one weekend in Montreal.

Needless to say, it’s shaping up to be a pretty great couple of days. Check out these 13 things to do in Montreal this weekend.

Mr. Puffs is opening a new location in Le Plateau and from this Thursday to Sunday they’ll be handing out free donut holes that will cost you absolutely nothing.

Mr. Puffs will be serving from their new food truck that will be parked right outside of their new location during the Plateau Street Festival!

Tops are coming off for equality.

Go Topless Day is being celebrated around the world (including in Montreal), on August 26, 2017. On Saturday, August 26th, Montreal women are invited to converge and stand up for a women’s right to go topless in public.

The Montreal event is currently scheduled to begin at 4 pm and last until 7 pm, and the meeting spot as per tradition is Monument Sir George Etienne Cartier in Parc Mont Royal

Apple pie anyone? It’s officially apple season! What better way to celebrate the end of summer than by spending the afternoon apple picking! Head out to any one of the orchards near Montreal, and prepare for a day of tractor rides, picnics, and of course, apples. Bonus points if you turn your hand-picked apples into a fresh apple pie. For a little inspiration on where to go, check out this list.

Where: Various locations
When: Pick-your-own apples are in season starting in the middle or end of August depending on the farm

Prepare for the sidewalk sale of the century happening from August 25th until August 28th. Avenue Mont-Royal will be shut down for four days and will become a mecca for all the bargain hunters out there. Think of this like a rummage sale and a sidewalk sale combined into one. If you’re on a budget, take this as an opportunity to do some window shopping.

The NomadFest Urban Rodeo is taking place in Montreal this weekend at the Old Port’s Jacques Cartier Pier from today until Sunday, August 27.

The event is described as a “contemporary rodeo festival, where country music, western-inspired gourmet food and equestrian competitions comingle on Jacques-Cartier Pier in downtown Montreal.”

There will be plenty of food stalls on site serving up some country-western fare including a BBQ station, southern style corn on the cob, and lots of bacon.

Go to the Dog Festival

Dog Fest Montreal 2017 is going down August 26th and 27th at Esplanade du Centenaire along the Lachine Canal. A celebration of dogs, dog lovers, and dog owners, this fun outdoor festival features a myriad of dog-themed activities and events.

Where: Esplanade du Centenaire, Lachine Canal
When: August 26 and 27

A giant poutine festival is taking place at  Centre Marel-Dionne in Drummondville.

This festival is going to have every type of poutine imaginable. But we really don’t think you’ll get tired of the festival’s food selection. This year, 16 poutiniers will be cooking up their specialty variations of crispy fries smothered in gravy and cheese curds.

Where: Au Centre Marcel-Dionne, Drummondville
When: August 24 to 26

What’s the best day to party in Montreal? Sunday, of course! Join the legendary Sunday afternoon party on Mount Royal that is Tam Tams. With only a few weeks of summer left, it might be time to finally join that drum circle you’ve been staring at for the last two months.

Where: Parc Mount Royal
When: Every Sunday afternoon from May 1 to September 25

Country-western party on the beach

Parc Jean-Drapeau will be hosting a country-western themed party at Jean-Doré Beach on Sunday, August 27. Wear your cowboy hats and come down for a day of festivities that combine dance, fun-filled activities, swimming and country music.

There is less than two months left of Montreal’s best EDM music extravaganza, Piknic Electronik. Happening every Sunday at Parc Jean Drapeau, Piknic Electronik wraps up on October 2nd so be sure to get there while the weather’s still good!

Where: Parc Jean Drapeau
When: Sundays until October 2nd