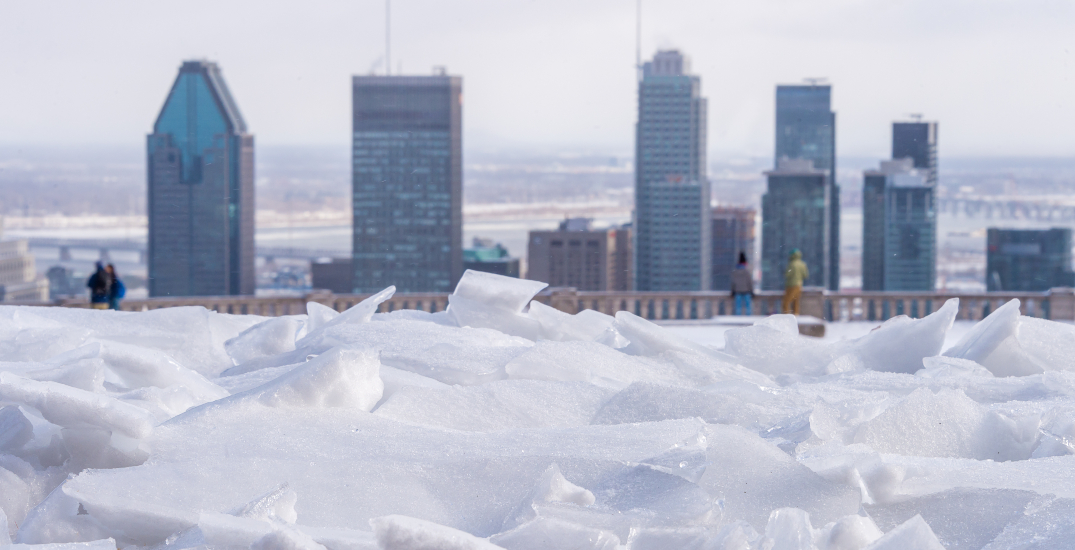 Montreal can expect a cocktail of strange weather over the next 24 hours. Temperatures are expected to feel nearly 20º warmer, and a special weather statement is in effect.

According to Environment Canada, possible freezing rain is expected on Wednesday afternoon.

“A warm front associated with a low-pressure system from the American Midwest will move through the province of Quebec on Wednesday,” says the weather agency. “Along this front, an area of freezing rain could develop and affect the greater Montreal area in the evening, especially the Laval region.”

The alert says that surfaces such as highways, roads, and parking lots could become icy and slippery.

The agency warns that the Wednesday evening commute could be “significantly impacted in urban areas.”

What’s more, the temperature is expected to go through a pretty drastic swing. It currently feels like -10ºC in Montreal, but it is expected to warm to 9ºC by Thursday morning. 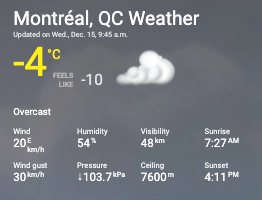 Temperatures are forecasted to get cooler on Friday before dipping back to negative double digits on Saturday and -9ºC on Sunday. 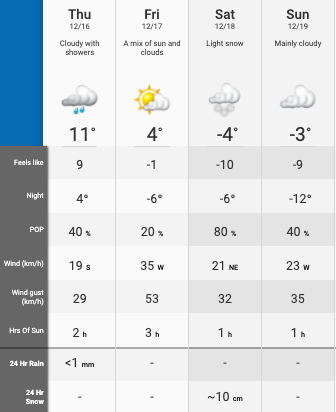 The alert, issued at 5:15 am on Wednesday, is in effect for the following areas: