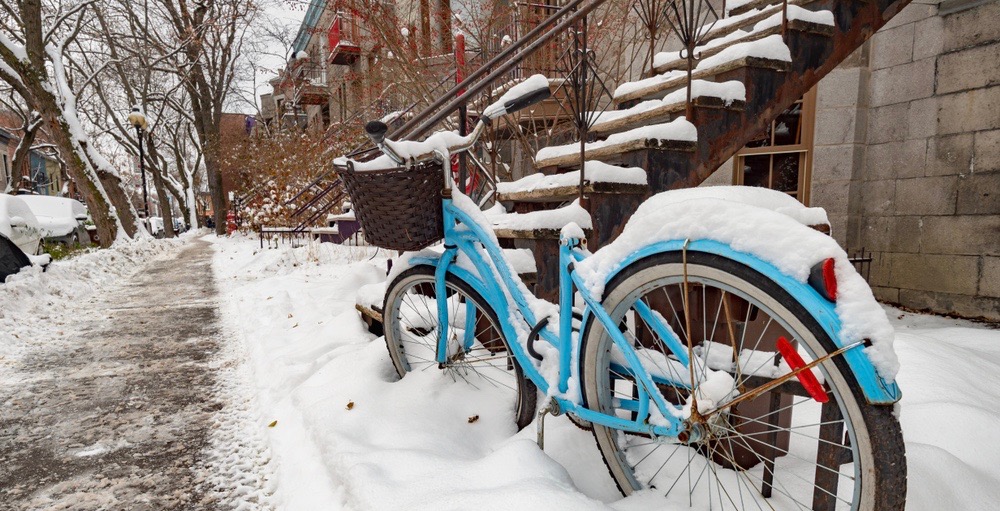 As we enter the last week of the month, November’s weather doesn’t want to go down without a fight. After dealing with historically cold temperatures last week, Montreal is now expected to get hit with up to 15 cm of snow tomorrow.

Environment Canada has issued a special weather statement for Quebec that calls for “its share of precipitation” today, which is expected to primarily turn into snow on Tuesday and Wednesday.

“Total snow amounts approaching 15 to 25 centimetres are expected over several regions during the prolonged [sic] period,” reads the alert on the weather website. “In addition, very strong winds may cause damage or power outages beginning Tuesday, mainly in the Quebec City area. The level of the river will also be an issue in Quebec City at high tide Tuesday evening.” 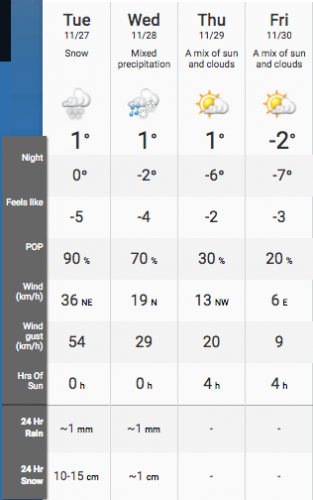 This morning’s special weather statement advisory is in effect for the following regions:

Temperatures are expected to hover just below zero throughout the week, with an extended forecast calling for another 10 cm of snow on Sunday.

We get the point, November. Here’s hoping December brings a little more joy… and a lot less winter.