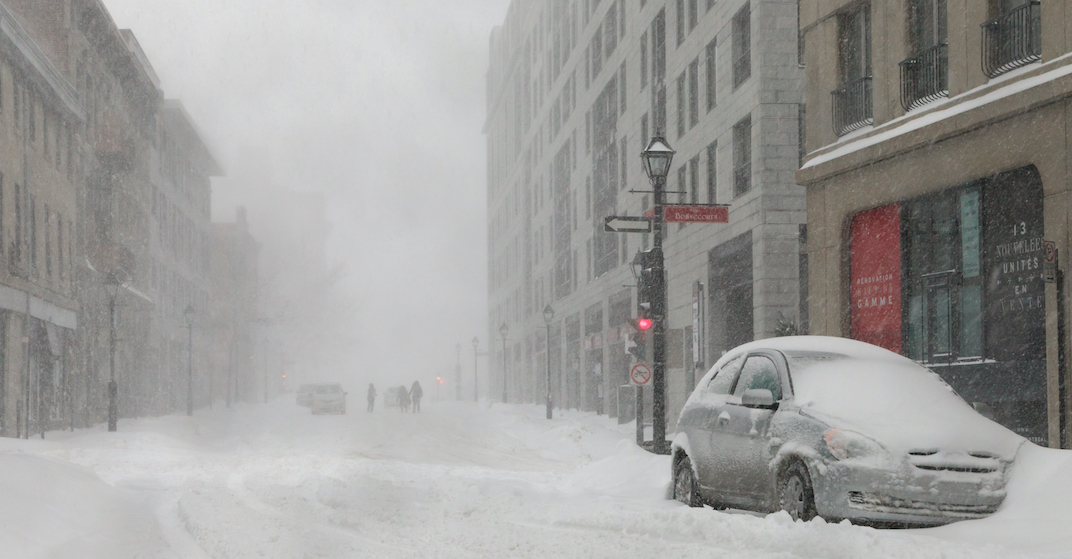 Montreal is in for a cocktail of wintery weather as we head into the weekend.

Environment Canada has issued a Special Weather Statement for the island and its surrounding areas, calling for up to 15 cm of snow.

Temperatures are hovering around 0ºC this morning before dipping to ‘feels like’ numbers of -6ºC on Friday and back up to above zero on Saturday and Sunday.

The alert calls for “significant snowfall” for the weekend, a period which could be “interrupted by rain,” late on Saturday evening.

The weekend forecast lines up well with Montreal’s already-jumbled winter, a mix of cold and snow, overridden by mild temperatures.

This is forecasted to be Montreal’s first big snowfall since the province-wide nightly curfew came into effect and we’d recommend giving yourself ample time to get home at night when the snow starts to fall.

The alert, issued just after 4 am on Thursday, is in effect for the following areas:

According to the weather agency’s weeklong forecast, temperatures are expected to get colder starting next week, meaning whatever snow doesn’t melt during Saturday’s rainfall could stick around for a while.