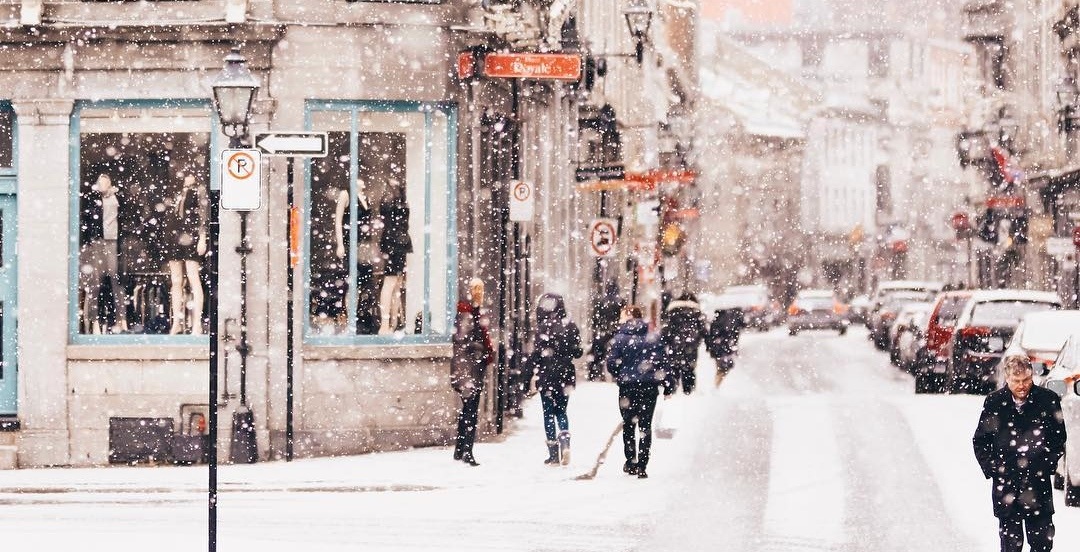 It’s not official winter in Montreal yet, but that’s not stopping Mother Nature from dousing us in a little bit of snow to start the month.

According to The Weather Network, while it remains around 8°C in Montreal on Tuesday morning, temperatures will fall by the end of the week and “wet snow” is in the forecast for this coming Thursday.

Wednesday’s forecast calls for sunshine, the possibility of a touch of rain, and 4ºC. Thursday is calling for two to four cm of powder, followed by “a few flurries” on Friday, and some more snow on the weekend.

The extended forecast into next week shows we’ll inch close to dropping down to negative double-digit temperatures. 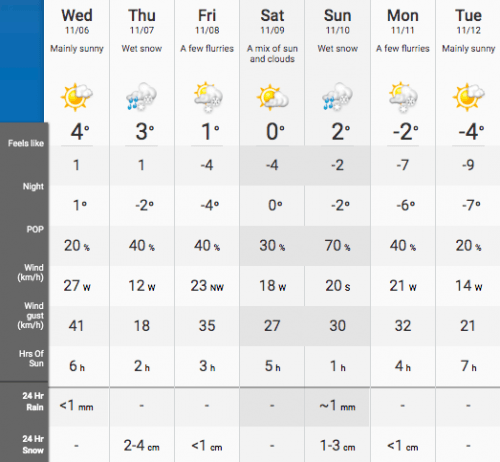 Remember, a new amendment to Quebec’s 10-year-old legislation has moved the required ‘mandatory winter tire’ date to December 1, 2019, instead of December 15.

Besides digging your winter coat out of the closet, keep in mind that drivers will soon need to swap out their tires or face a $200 to $300 fine and/or a loss of two demerit points.