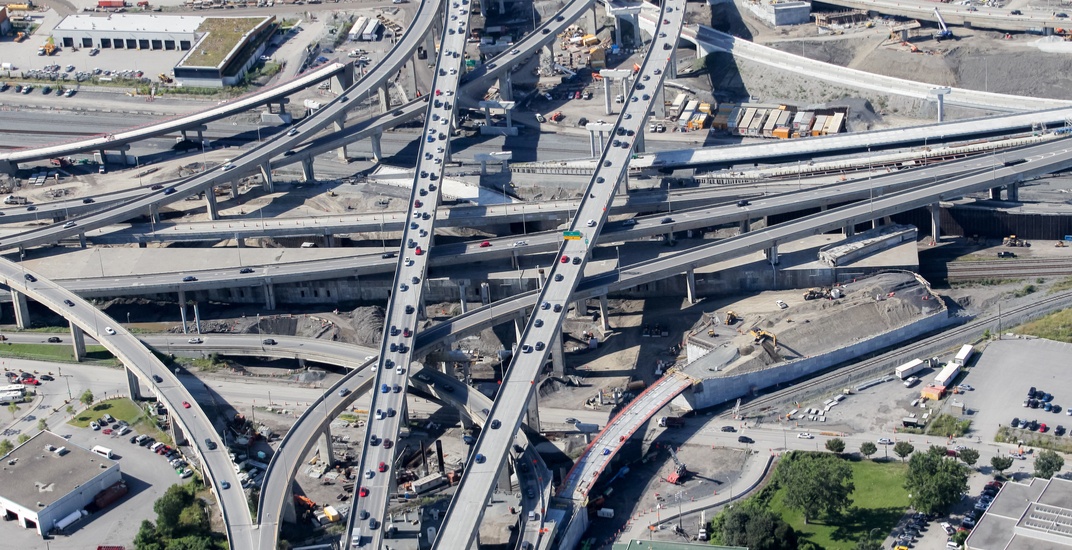 If traffic on Montreal’s streets is feeling a bit congested these days,  you can take comfort (or find frustration) in the fact that it’s not just your imagination.

A new report out of the US, conducted by traffic data company Inrix has ranked the city in 38th place when it came to traffic congestion across the globe in 2017.

That might not sound too bad, until you learn that the study – the largest ever conducted on the subject of traffic congestion – included 1036 cities across 38 countries.

The results from the study found that Montreal commuters spent 50 hours stuck in congestion over the course of the year.

The city’s ranking was the highest for a metropolitan centre in Canada.

By comparison, Toronto was the next most congested city in the country but only hit 49th place, spending 47 hours stuck in traffic.

Vancouver ranked 203rd, while Calgary found itself much further down the list in 596th place.

Nation-wide, Canada was ranked the 15th most congested country across the board.

To get their results, Inrix analyzed 500 Terabytes of data from 300 million different sources covering over 5 million miles of road.

The data used in the 2017 Global Scorecard is the congested or uncongested status of every segment of road for every minute of the day, as used by millions of drivers around the world that rely on Inrix-based traffic services.