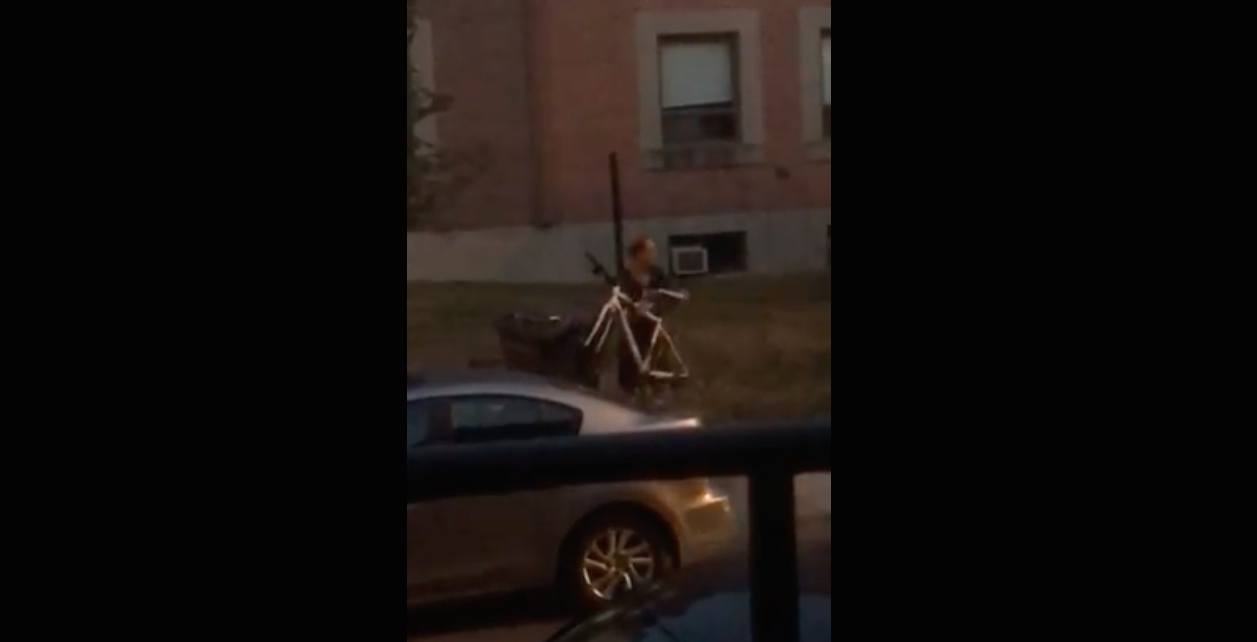 A Montreal thief got away with someone else’s bike this weekend.

Bike theft in Montreal has become a major problem as its seems no place is safe and no lock too sturdy.

Thieves are going to daring measures to get their hands (and feet) on someone else’s bike, case in point, this cellphone video uploaded to the Spotted: Montreal Facebook page over the weekend.

The video shows a middle-aged man using a garbage bin and hand tools to remove a parking sign and bike on Rue Chapleau in The Plateau district of Montreal. The video was taken at 5 am.

The bike theft takes less than three minutes in total and that includes the thief falling and sneakily waiting for cars to pass during his heist.

Montreal police have attempted to remedy bike thefts in the city by incorporating a bike engraving project, giving each bike its own serial number, thus making it easier to track stolen bikes.

In the meantime, be weary of thieves who will go to any length to get your bike. Make sure to use a sturdy lock and store your bike in a safe place.