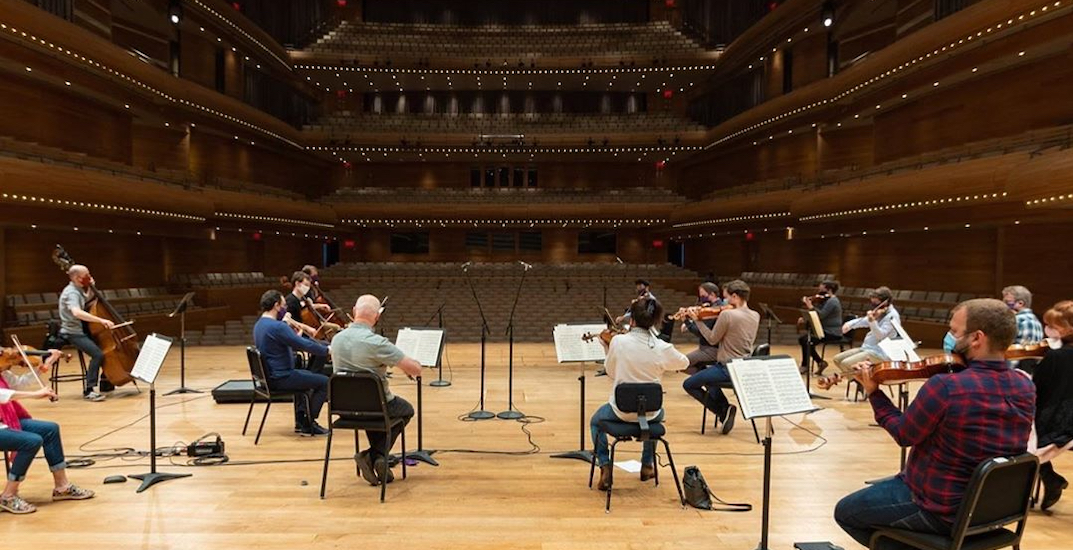 For the first time in more than two months, live music will be played at the Maison symphonique.

After returning to the historic venue for a series of closed-door rehearsals, the Orchestre symphonique de Montréal (OSM) will be performing a live show tonight which fans can tune in to via Facebook.

According to the symphony’s website, Thursday’s live performance is a “first step in the gradual resumption of our in-hall activities.”

At 7 pm tonight, the OSM is inviting music fans to tune in to two works performed live by 26 members of the symphony:

On Monday, Quebec Premier François Legault said public health has authorized the resumption of activities by music, sound recording studios, and filmed performances, so long as an audience is not present.

Legault said since the situation is “getting better” in Quebec, the government has announced a $400 million budget that will be poured into the province’s theatre, music, movie, film, and art industry.

“It’s the soul of the Quebec people,” he said in French from Montreal. “Quebecers love their artists and we miss them.”