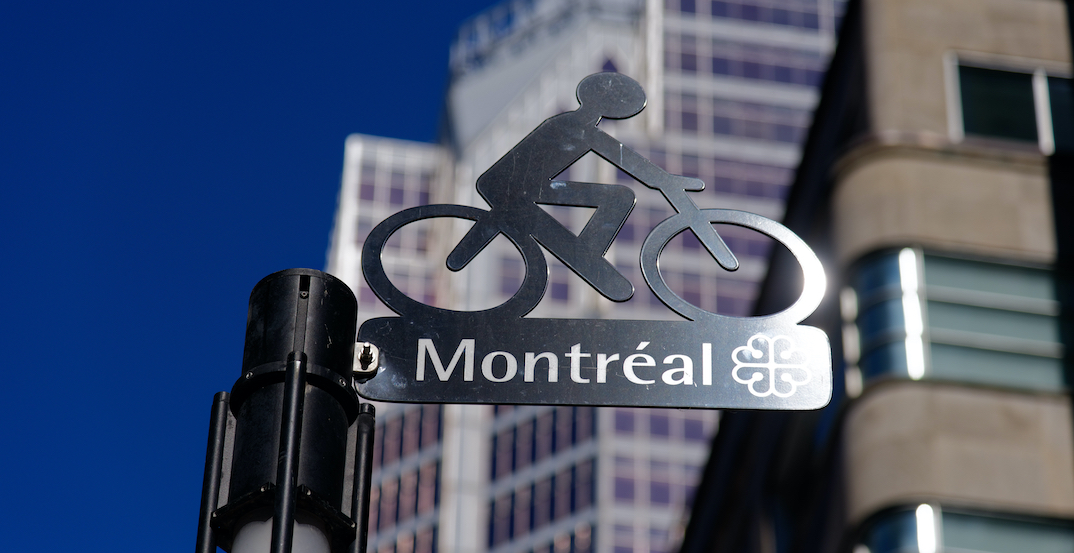 Considering Montreal’s usual onslaught of events is on hold for the foreaseeable future, there really isn’t a better time to explore the city via bike.

Montreal has over 350 km worth of bike paths ranging from downtown vibes, the mountain trek, or cycling by the rapids.

Whether you’re cycling with a speed bike, checking out the city on a BIXI, or going for big-time hike, there’s a path for every type of biker in Montreal.

With that said, here are a few bike paths to take advantage of this summer and fall.

Probably the most popular urban cycle path in Montreal, the de Maisonneuve Bike Path weaves cyclists through the core of downtown Montreal.

The 15-kilometre long path takes bikers from Montreal West all the way to the east end of Montreal. It’s also cleared of snow for the winter cyclers.

Among the most scenic bike paths in the city is the Lachine Canal multipurpose path – beginning in the Old Port of Montréal, it runs for almost 15 kilometres along a still-functioning boat canal, past the Atwater Market, and all the way to the Musée plein air de Lachine in the west, a beautiful sculpture garden right on the river.

Take a ride through Lachine, Verdun, and Lasalle among a path that spans 25 kilometres and puts you right beside the Saint Lawrence River.

If you really want to let loose, the Parc Jean-Drapeau bike path features 25 km of routes including the historic Circuit Gilles-Villeneuve of the Formula 1 Grand Prix du Canada.

Because you’re so close to the water, flies in the summertime become problematic but even a herd of bugs in your face can’t take away from this path’s beauty.

The ride is beautiful, but also pretty hilly. If you’re looking for a more leisurely ride, this one might not be for you.

Cap it all off with a breathtaking view from the city at the foot of Mont Royal.

The path from the island to the South Shore is equally rewarding, allowing cyclings to explore Ile Notre Dame, Saint Lambert, and Brossard on a relatively flat terrain full of gorgeous views of the island.