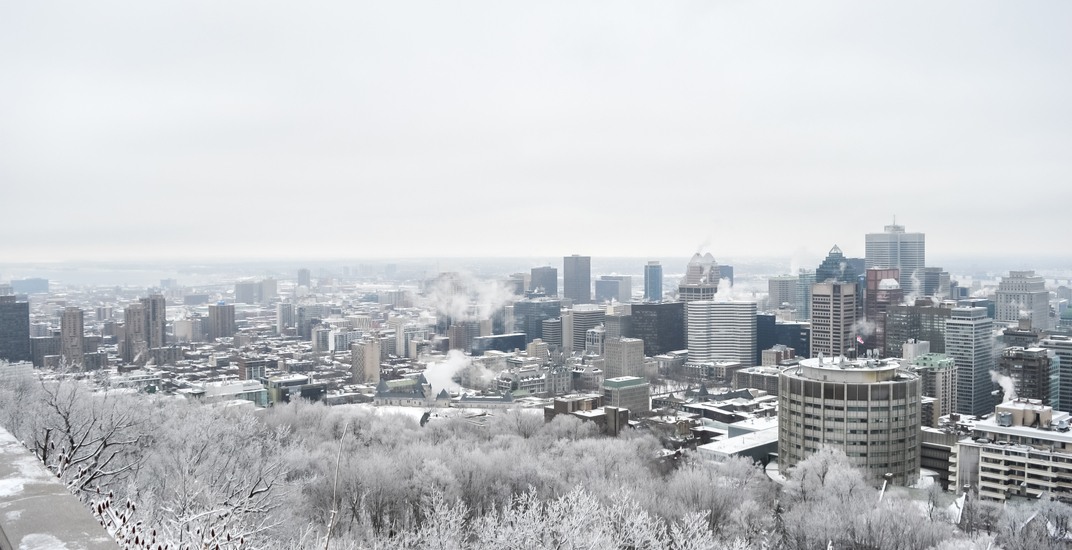 Along with the bone-chilling cold we’re dealing with, Environment Canada’s snowfall warning remains in effect for the third consecutive day.

The warning states that “snowfall amounts of 10 to 15 centimetres are expected through Friday afternoon.”

A low pressure system from the United States will affect Southern Quebec beginning Thursday night and into Friday evening. The snow will begin near midnight and will intensify early Friday morning.

This marks the first significant snowfall of the season for greater Montreal, and even though snowfall amounts may stay below the warning criteria of 15 centimetres, this snow has the potential to impact the travellers commutes.

The statement warns that travelling will be difficult and that the weather could significantly impact rush hour traffic in urban areas, “be prepared to adjust your driving with changing road conditions.”

The warning was updated early Thursday morning and is effect for the following area: 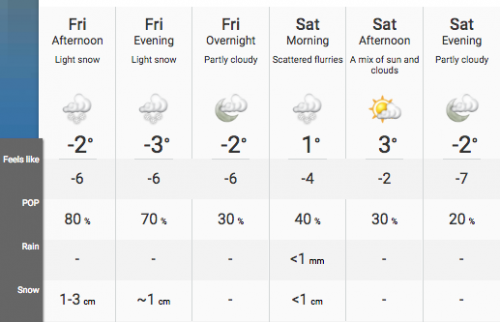 Environment Canada urges citizens to monitor weather alerts and updates and to be safe and diligent when travelling outside.