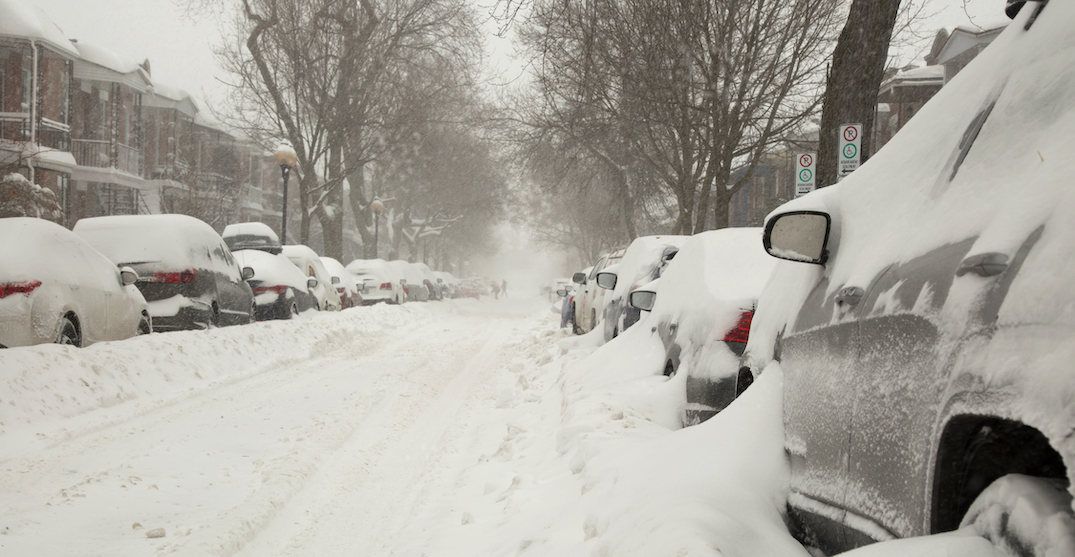 Montreal dealt with the cold this past weekend and this coming week, it seems like we’re in for snow.

Environment Canada says a major storm is headed towards Montreal, with up to 20 cm of snowfall in the forecast.

At just past midnight on February 1, the weather agency issued a special weather statement for Montreal and its surrounding areas.

“A developing low-pressure system will track up the US Eastern Seaboard on Tuesday and intensify into a major storm,” states Environment Canada. “Snowfalls are expected to begin during the day Tuesday and continue into the evening.”

The snow combined with moderate winds will generate “local blowing snow” across the Montreal metropolitan area and snowfall amounts over the province will “vary depending on the track of the system.”

On the bright side (literally), temperatures are expected to heat up to -10ºC by Monday evening and -3ºC on Tuesday and Wednesday.

The special weather statement, issued at 12:45 am on Monday morning, is in effect for the following areas:

Another eight cm of snow is expected to fall on Friday and Sunday to cap off the week.

According to The Weather Network’s long-term winter forecast, Quebec is slated for “extended periods of very mild weather” throughout the rest of February.

Until then, you might want to keep your winter shovel handy.