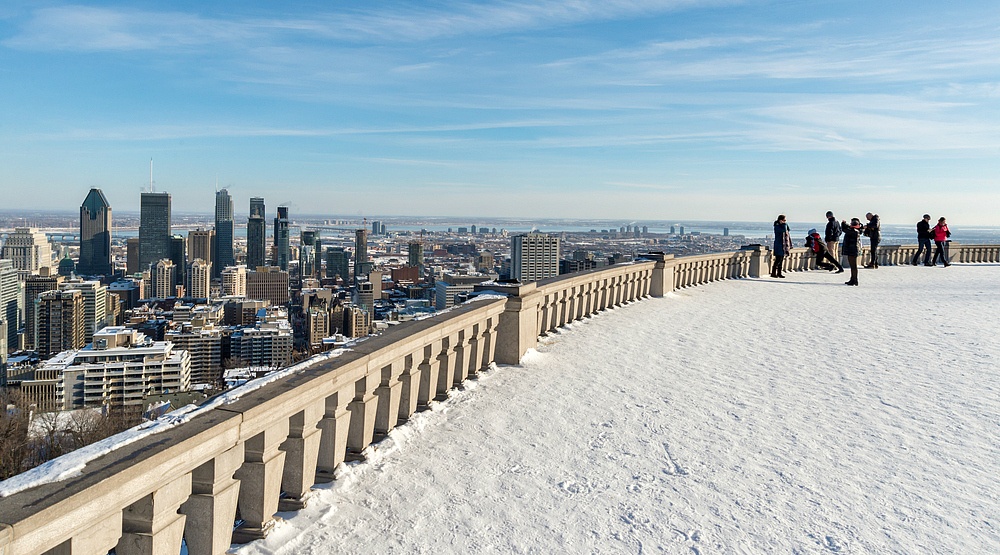 If April showers bring May flowers, then April snow should really make the flowers grow.

According to The Weather Network, Montreal is slated for a bit of snow this week, with just under 5 cm in line for the island on Wednesday and Thursday.

Temperatures are expected to dip below 5ºC and are supposed to feel like -2ºC and-1ºC on Wednesday and Thursday, respectively.

The good news is the snow shouldn’t stick around for long as Friday and Saturday are forecasted to boost back u to double digits before some expected rainfall on Sunday. 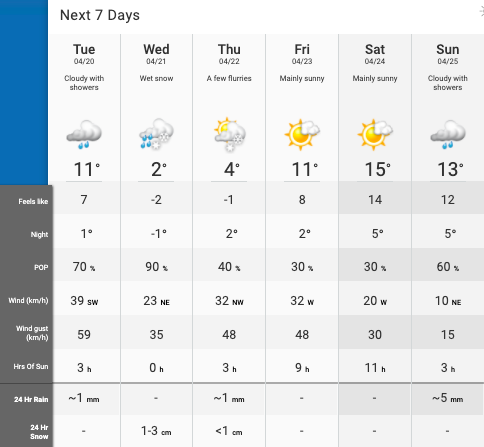 According to The Canadian Farmers’ Almanac, Quebec is due for “sweltering heat and frequent storms” throughout the summer. “Sizzling yet showery weather is in the forecast for Quebec, where late summer could bring the most volatile weather,” says the weather agency.

Until then, let’s hope this is the last mention of snow in Montreal until November… or December.