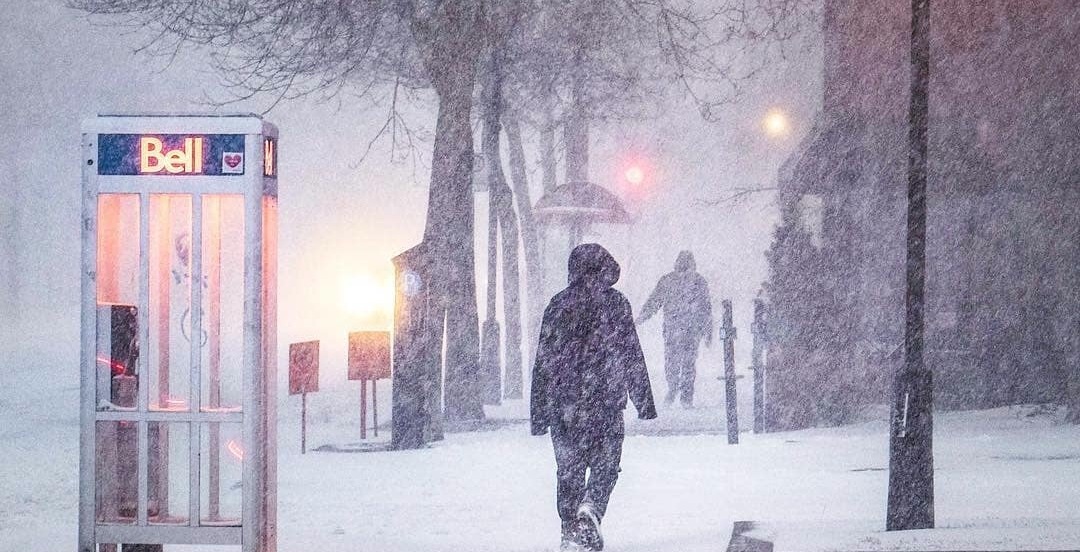 Montrealers can start off the workweek expecting the first big snowfall of the season.

A snowfall warning has been issued for Montreal and its surrounding areas, calling for up to 20 cm of snow, slated to beginning this afternoon.

“A low pressure system over the Northeastern United States will bring snow over Southern Quebec late in the afternoon on Monday,” states Environment Canada’s alert. “The snow will intensify in the evening and persist during the day on Tuesday, reaching Eastern Quebec. The morning commute will be particularly difficult Tuesday morning. 15 to 20 centimetres of snow is expected over Southern Quebec.”

The weather agency warns that the accumulating snow could make for hazardous travel conditions due to “reduced visibilities.”

Today’s late afternoon snowfall is forecasted to continue overnight, bringing with ‘feels like’ temperatures that could dip into the negative double-digits on Tuesday and Wednesday. 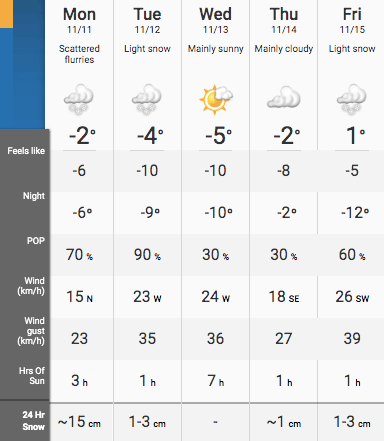 The snowfall warning is in effect for the following areas: