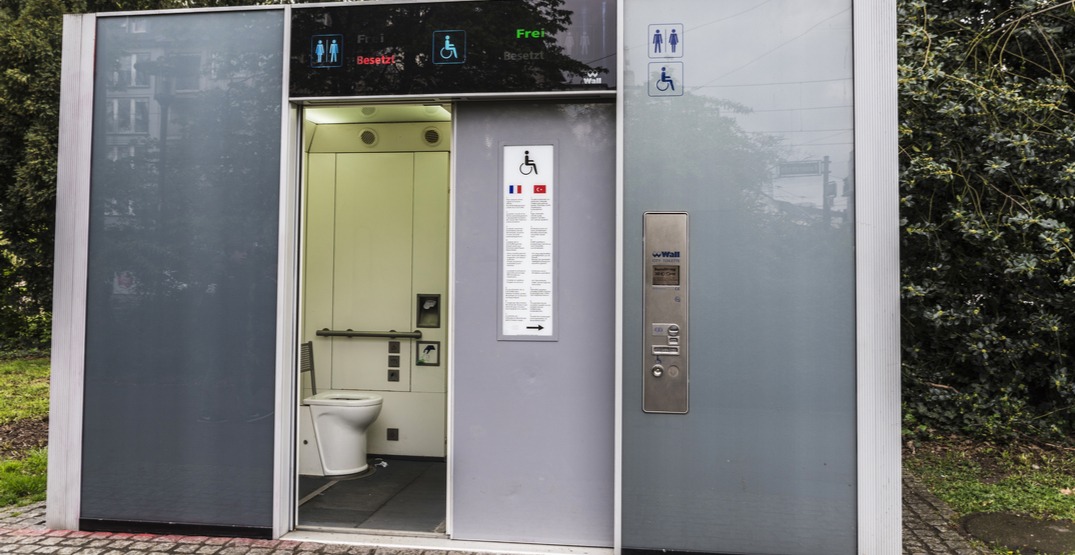 A dozen other self-cleaning toilets are scheduled to be installed throughout Montreal in the coming months. One planned location for another is in Sun-Yat-Sen Park in Chinatown.

A number of Chinatown organizers voiced their displeasure at a press conference this morning at Sun-Yat-Sen Park.

The community claims that they were never consulted about the installation of the toilet until ground broke and construction started.

Chinatown’s self-cleaning toilet was slated to be installed in the middle of the park where children, parents, and the elderly spend their leisure time.

Ceremonies and events occur there and those at the press conference say the toilet would be an eye-sore to the community’s only (and tiny) park.

Like the newest structure at Papineau Metro, the toilets would be fully-automated. The one-stall room is completely cleaned after each use from floor to ceiling. The computer speaks in both English and French, and is constructed from materials resistant to vandalization.

Plans to complete the self-cleaning toilet in Chinatown had been put on hold. The controversy arose at the beginning of the month and the plea was taken to Mayor Valérie Plante.

“If it creates tension within this community, we’re not going to go through with it,” said Plante at Montreal City Hall on Tuesday.