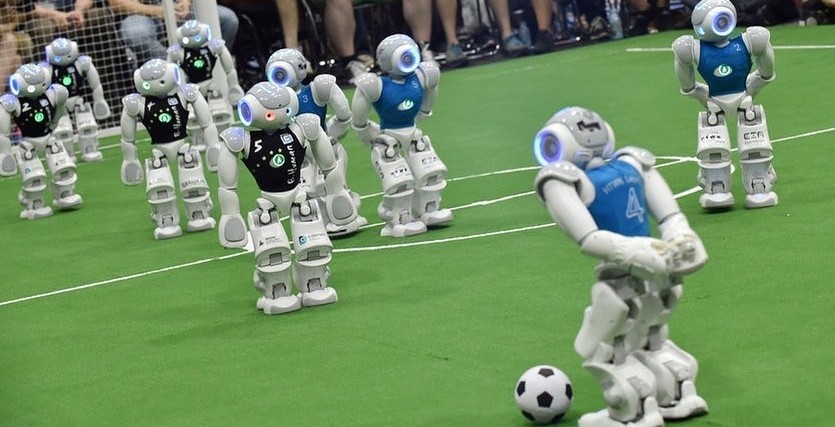 Find yourself watching the World Cup and think “I sure wish there was a team that wanted to destroy all humans?”

RoboCup is a federation that aims to promote the use of robot-based technology and artificial intelligence through a publicly appealing approach.

Stemming from the IBM Deep Blue’s defeat of the human world champion in chess in the year 1997, RoboCup wants to create a soccer team of fully autonomous players who can defeat the most recent World Cup winners by the year 2050.

In doing so, RoboCup brings together some of the best technological minds from around the world and a robotic soccer tournament was held in Montreal over the weekend to track progress.

“Building a robot that plays soccer will not by itself generate significant social and economic impact, but the accomplishment will certainly be considered a major achievement for the field,” says the RoboCup website.

Judging by the following video released on the RoboCup Facebook page, the soon-to-be- World Cup champs look to be safe for a little while longer.