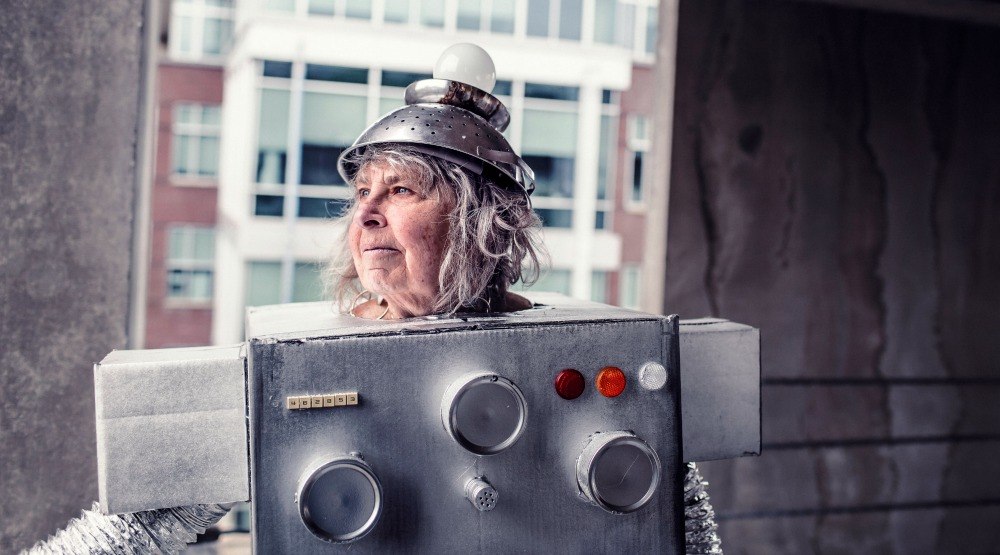 Robots have been around for even longer than you’d think.

Their progression and how they evolve is in line with technology, science, electricity, and computing. So essentially, robots are evolving alongside us.

The term robot was first introduced as a word for ‘work’ in Czechoslovakian language, which made it into a 1921 play by Karel Capek. After this, the world of robotics was kicked into action by the industrial revolution, when steam power and electricity made it easier for engineers to create automated machines to meet consumer production demands.

And today, this continues.

Robotics are consistently advancing in the areas of healthcare, performing life-saving surgeries. They work as technology with self-driving cars, and then there’s 3D printing. Robots also aid in manufacturing along with aviation.

It will be a long time before robots reach their maximum potential, but one new technology has just gotten them a bit closer – LiveDrive.

LiveDrive is now the world’s highest performance direct-drive robotic actuator. It’s a new technology that will create safer, faster, more versatile robots at a lower cost. And that means creating robots that can work safely alongside humans in manufacturing, military operations, health, and in the home.

And with tech being the fastest growing industry in Canada, these robots may even contribute to a substantial amount of future endeavours.

Right now, the LiveDrive is triumphing traditional robot designs and these are just a few of the reasons why we should be happy about this.

The Genesis team discovered that by amplifying magnetic forces, while at the same time designing a structure that could support those forces, results in a motor that is very powerful. The LiveDrive is a stand-alone motor, but it has the same power as a regular motor and gearbox combined.

Traditional robotic machines have been made of heavy, expensive materials with lots of moving parts, but LiveDrive breaks that mold. Its lightweight and simple design means not only does it have lots of lifting power given its weight, but it can also stop very quickly – making robots that use it much safer.  Additionally, its lightweight materials make it less expensive to produce.

You all have that one friend who does the robot dance on a night out – you know, those awkward slow shifted movements. The reason behind those movements stems from the traditional robot structure which has motors with dozens of moving parts and complex gear systems. LiveDrive has just one moving part, and no gears. The result is a very smooth and natural range of motion.

Creating an elegant, simple design with a high level of precision is at the core of LiveDrive. Every movement is highly controllable, with accuracy to the thickness of a human hair or less. The control is also built in, making it easy to program.  Additionally, because there are no gears, which have a reasonable amount of play in them, LiveDrive can consistently maintain its accuracy even when it is moving different weights.

With the introduction of the LiveDrive, robotics now have the ability to play a key role in industries like healthcare, warehousing, aerospace, mining, and many more. The result will be a faster, safer, and more versatile future for robotics.

Find out more about the game-changing work Genesis Robotics is creating online, or on LinkedIn, Facebook, or Twitter.