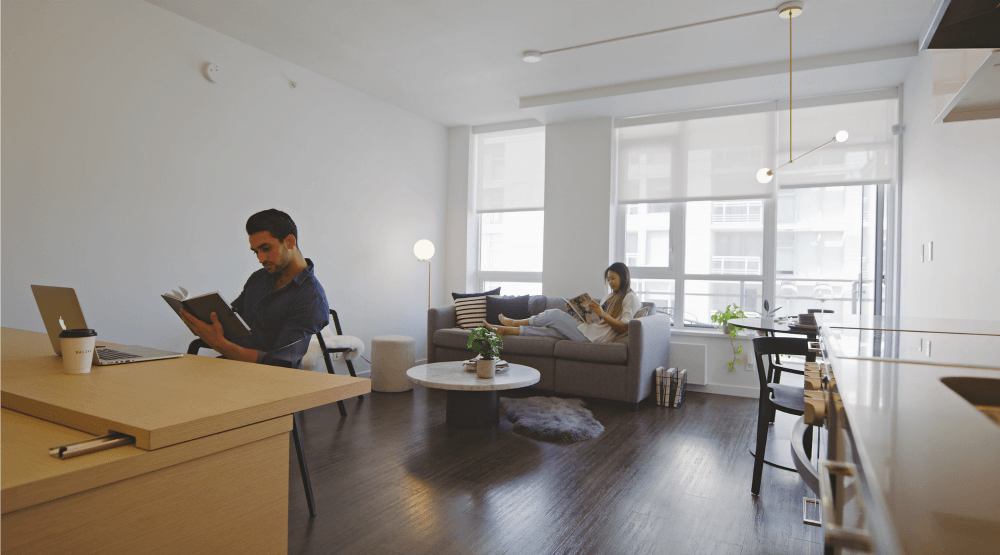 Living in a small apartment could become a lot easier with the new robotic furniture that Boston startup Ori Systems is showcasing in a Chinatown rental unit on East Georgia Street.

The system lets you control how much space you have with the touch of a button, a smartphone app, or through voice activation. Watch your walk-in wardrobe, bedroom, or office, appear within a matter of seconds.

Innovative Ori Systems has joined forces with Vancouver-based real estate developer Bosa Properties in a bid to bring these smart home systems to Canada. The reason? To create space and maximize functionality.

“When you’re trying to bring innovation to an industry that’s generally not the most innovative, you want to find the most forward-looking developers and we were lucky enough to meet the people at Bosa Properties. We thought they were the perfect partners for the first pilot in the Canadian program and that’s why we’re here,” Hasier Larrea, founder and CEO at Ori Systems told Daily Hive in an interview.

According to Martin Rahn, VP of development and innovation at Bosa Properties, the firm will be monitoring their new innovation pilot lab to see how the Ori unit functions and how it’s going to “transform” their spaces. He believes this is one of the exciting options amid the housing crisis because it’s utilizing technology and innovative space thinking. 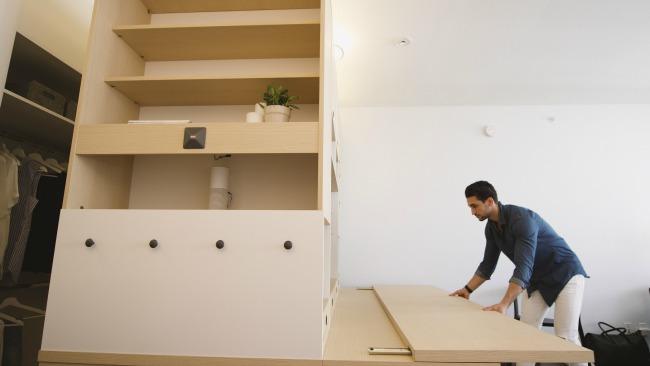 Ori started out as research at the Massachusetts Institute of Technology (MIT) a year and a half ago where Larrea worked on architectural robotics to bring the two worlds of architecture and robotics together.

“We called the first solution ‘furniture with superpowers’. There’s so much criticism about micro units and small apartments because it feels like cities are forcing people to live in prison cells. What we’re trying to do is liberate the concept of square footage so if you bring in new technologies, your 300, 500 square feet apartments could act like they are double the size,” said Larrea.

Ori Systems worked with west coast designer Yves Behar to personalize the aesthetic of the unit which is the first prototype of it’s kind. User safety has been a focus of research which Ori has been studying for “thousands of cycles” so they can see the units “life through 10 to 15 years of use.”

Operated by one single plug

The robotic unit needs little power to function and the moment you unplug it, the system goes idle. “It consumes one tenth of what a hairdryer does – less that 100 Watts. It’s really nothing, it’s plug and play,” Larrea added.

Purchasing an Ori system, could cost developers anything from $1,000 to $40,000. “The biggest cost isn’t the robotics – it’s the furniture. We’re developing technologies that empower new designs,” Larrea noted.

Ori units are currently available for developers to pre-order in queen, double, and single versions, suitable for apartments ranging between 300 and 600 square feet. And the potential for more designs emerging in the future is high as Larrea is aware one size doesn’t fit all when it comes to design. 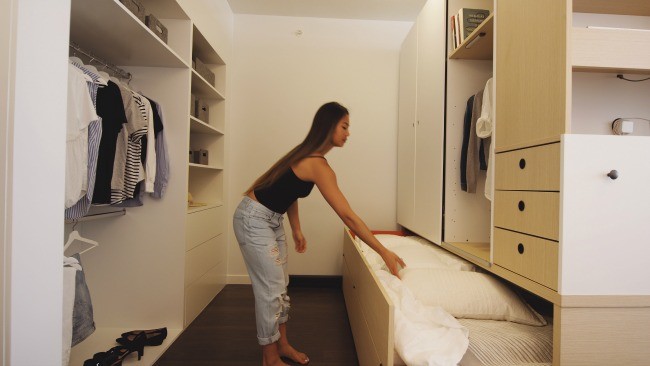 The MIT startup has opened pre-orders on their website and has announced partnerships with “forward-thinking developers” in other cities like San Francisco, New York, and Seattle.

“This is not the future anymore, this is the now. It’s coming and it’s coming much sooner than people think, Larrea added.

According to Rahn, Bosa Properties will be assessing their projects and that “it’s a possibility” they could be rolling the systems out in Bosa developments by the end of this year.