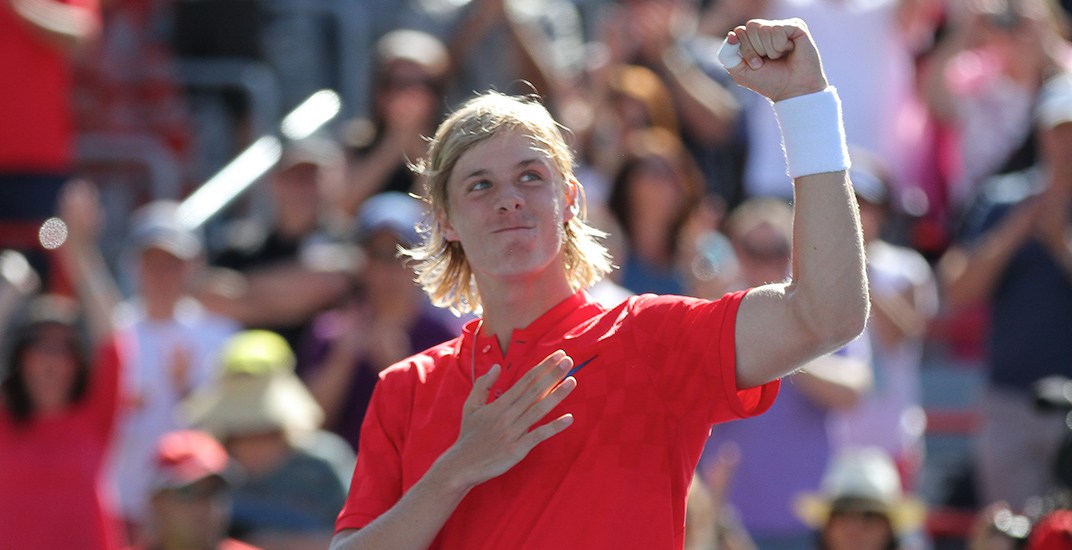 Canadian Denis Shapovalov has beaten Rafael Nadal at the Rogers Cup in Montreal.

In achieving one of the biggest wins in Canadian tennis history, Shapovalov had to fight for every point eventually winning in a third set tiebreaker. The final scoreline read 3-6 6-4 7-6 (7-4).

“He’s one of the best players I’ve ever played in my life. You can tell why he’s won so many grand slams,” said Shapovalov after the match.

“His ball is just so heavy and he’s such a warrior out there. Honestly it’s a dream come true for me to beat a player like that.”

The Canadian’s win over world No. 2 Nadal was preceded by a straight-sets win over former world No. 4 Juan Martin Del Potro on Wednesday.

Thursday’s win over Nadal was far tougher and more impressive, though.

After dropping the first set 3-6, Shapovalov broke Nadal’s serve twice in the second to even the match. The third was a battle from the start, with a third game that lasted 14 minutes, lasting 26 points and going to 10 deuces.

Shapovalov faced six break points in the third set, each having the feeling of a match point as Nadal surely would not have looked back from there.

Instead of giving into pressure, the youngster fought all the pressure points off.

He hit booming forehands and backhands, striking aces and catching lines, in the end stunning the 15-time Grand Slam Champion.

Upon winning the match, the 18-year-old fell to the court with the Uniprix Stadium fans cheering deafeningly in the night.

“The crowd was ridiculous. I’ve never been in a sporting event where the fans get so loud,” said Shapovalov.

“It’s so much fun having them cheer me on. Honestly, I don’t think I could be in this position without them.”

Speaking with the media afterwards, Nadal was unhappy with the way he played while giving credit to Shapovalov for his resolve during the big moments of the match.

“He has great potential,” said the top seed. “I wish him the best. He has everything to become a great player.”

Shapovalov, who just squeaked by Rogerio Dutra Silva in the first round on Tuesday, talked about how grateful he is to have reached his first Masters 1000 quarter final.

“If I didn’t save those four match points in the first round there wouldn’t have been a chance to play Juan Martin (Del Potro) and Rafa (Nadal), so I’m very thankful for that,” he said.

“I’m very thankful to have Wayne [Gretzky] and Penny [Oleksiak] by my side cheering me on. It’s very inspiring.”