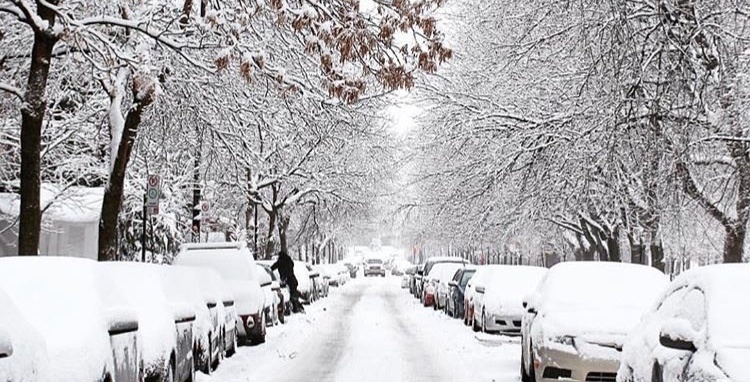 Environment Canada has been busy with weather alerts and special statements throughout Montreal’s cold and snowy week, and the website was back at it again this morning in a rare alert.

This morning, Environment Canada issued a special weather statement for this coming Monday — a rare release this far ahead of a storm.

“An intense winter storm is forecast to move across New England Sunday, then the Gulf of St. Lawrence on Monday,” reads the alert. “It will bring significant amounts of snow and will generate very strong and frigid northerly winds that will generate blowing snow considerably reducing visibilities and making roads very slippery.”

Monday’s storm should invade the province of Quebec and the most affected areas should be those located near the American Border and Atlantic Canada.

The expected weather however, still depends greatly on the exact track of the storm which is “still volatile,” according to Environment Canada. A track a little further north could mean that Southern Quebec may deal with a “major winter storm.”

The alert concluded that the weather scenario should evolve and become clearer over the next few days.

The possible future storm would be in effect for the following areas:

Environment Canada urges citizens to monitor weather alerts and updates and to follow the possible storm in the coming days.