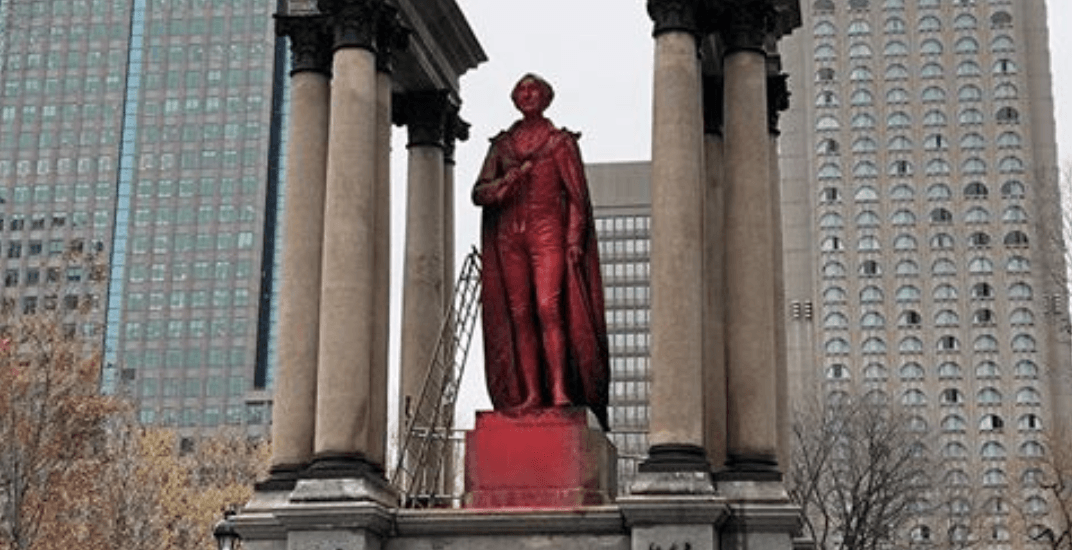 The vandalism occurred before an anti-hate, anti-racist protest that took place at Place du Canada on Sunday afternoon.

An anonymous group has taken responsibility for defacing the statue of Canada’s first prime minister.

In a statement posted online, the group says it “decided to target the John A. Macdonald statue as a clear symbol of colonialism, racism and white supremacy.”

“John A. Macdonald was a white supremacist. He directly contributed to the genocide of Indigenous peoples with the creation of the brutal residential schools system, as well as other measures meant to destroy native cultures and traditions,” reads the statement.

“He was racist and hostile towards non-white minority groups in Canada, openly promoting the preservation of a so-called ‘Aryan Canada.'”

The group said that defacing of the statue was inspired by the current movement in the US calling for the removal of Confederate monuments.

The anonymous activists said they were not affiliated with the participants in Sunday’s anti-racism march.

“The individuals responsible for this action are not affiliated with today’s anti-racist demonstration (www.manif12novembre.com) but have decided to target the John A. Macdonald statue as a clear symbol of colonialism, racism and white supremacy,” said the group.

Montreal police have launched an investigation into the incident.