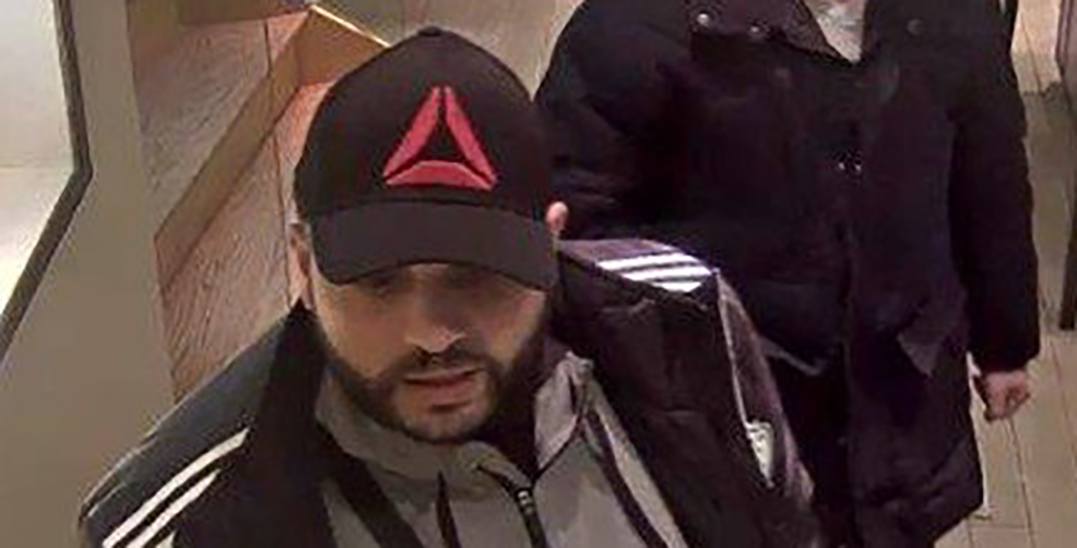 Investigators from the South Division of the Montreal Police Service (SPVM) are asking  for help from the public to identify and locate two suspects. The two were involved in a theft of more than $60,000.

On Saturday, January 6, 2018, at around 1 pm, the two suspects walked into a jewellery store on Crescent Street. SPVM explain that after entering the store, they asked to see watches from the brand Corum. As the display was open, one of the two men managed to steal a Corum Golden Bridge Watch worth $59, 200.

Police explain that the first suspect was a light-skinned male with a beard and is approximately 30-years-old. At the time of the robbery, he wore a black coat with white lines on the shoulder (what looks to be Adidas), a grey coat underneath, a black hat with red Reebok logo, a black shoulder bag, and white sneakers.

His accomplice, similarly, was light-skinned, had a beard, and was approximately 30-years-old. Slightly smaller than his partner, he wore a black winter coat, jeans, brown boots, and a camouflage coloured toque.

Anyone with information on identifying or locating the suspects can call Info-Crime Montreal at 514-393-1133. All information given will be treated anonymously and confidentially.