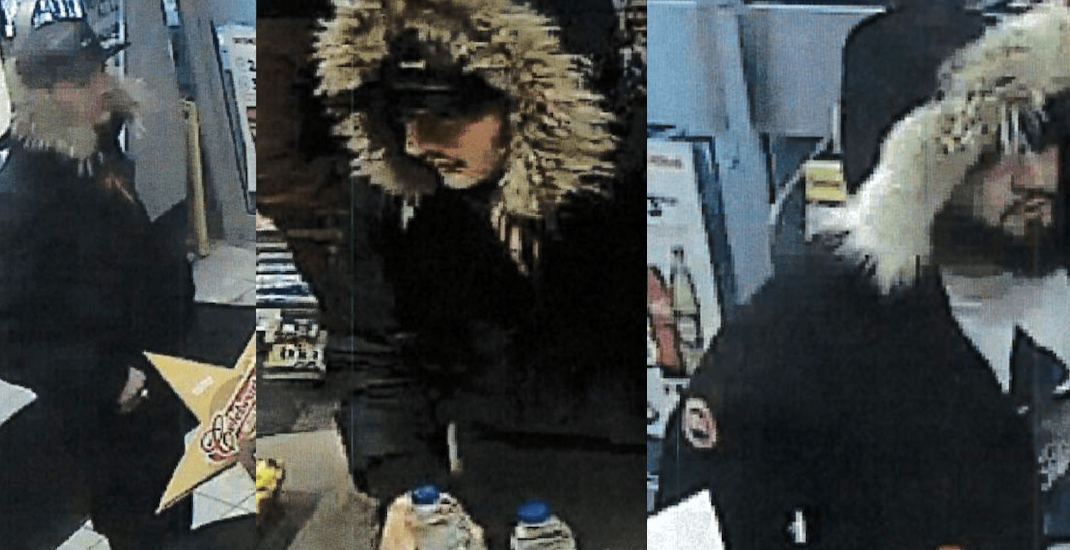 Montreal police are searching for three suspects in connection to a violent robbery that took place over a year ago.

According to police, the attack occurred on January 3, 2017. The victim was leaving his workplace at approximately 9:15 pm and was heading to his vehicle located on Sherbrooke Street East, near Highway 25.

The suspects approached the victim and ordered him to give them his wallet and other belongings. The victim tried to run away but one of the suspects allegedly shocked him with a stun gun. Another suspect proceeded to stab him with a sharp object.

The suspects fled on foot. They then made three transactions with the victim’s cards at three different convenience stores in the Montreal East, Lachenaie and Charlemagne sectors.

Police say the first suspect is a man with a stocky build. He has dark skin and black hair and a black goatee. He was wearing a white shirt under a Canada Goose winter coat with a fur hood.

The second suspect has is a light-skinned man with a dark moustache. He was wearing a winter coat with a fur hood and a black cap with a silver logo on the front.

The third suspect is described as a man with light skin, slender stature and measuring 5’11”, and appeared to be around 20-years-old.

Anyone with information that could identify and locate suspects can contact Info-Crime Montreal at 514 393-1133 or online. The information will be treated anonymously and confidentially.