Montreal police are asking for the public’s help in locating a missing 17-year-old girl.

According to the police, this is not the first time Zoë has disappeared but her family has not received news from her and are concerned for her well being. 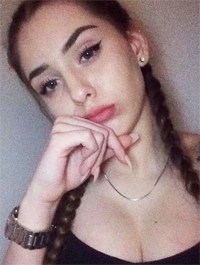 Anyone with information regarding the disappearance of this girl is asked to contact 911 or their local police station immediately.