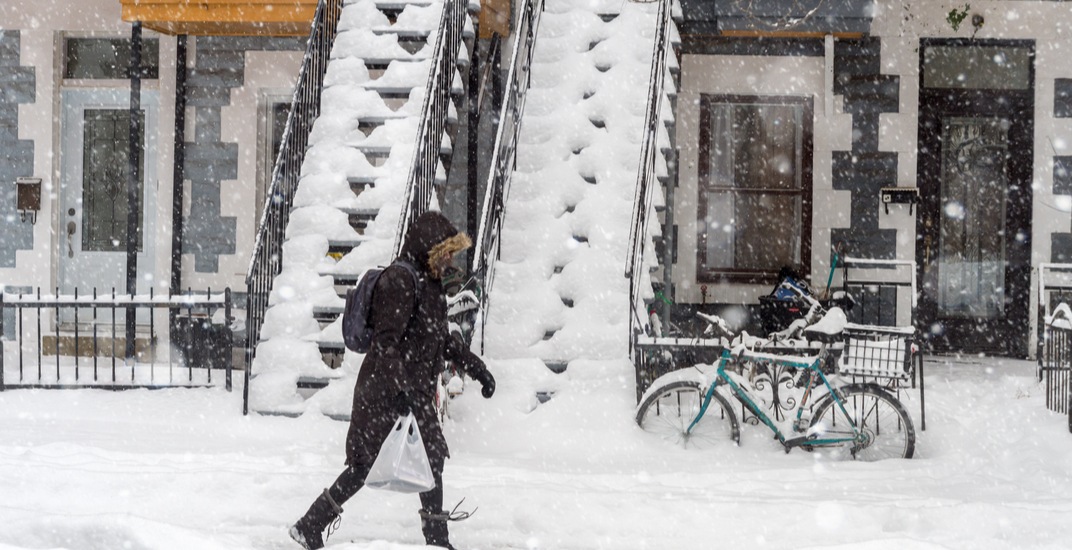 A city councillor for the Côte Saint-Luc borough of Montreal is proposing to use heated sidewalks instead of salt to combat the harsh winter’s snow and ice.

During the district’s last council meeting, Côte Saint-Luc adopted a motion, tabled by councillor Ruth Kovac, to re-examine the use of heated sidewalks in the near future.

Audio from the November 12 meeting of the Côte Saint-Luc City Council is available online and says that the borough is bracing for its winter salt bill to jump up $100,000 during the 2018 and 2019 winter season.

Kovac says installing heated sidewalks would help the elderly and young families in the area avoid injuries in slippery and dangerous conditions.

“I have been asking to invest into the future by having heated sidewalks. I know the initial expense is very expensive but I’m looking at long-term,” said Kovac at the recorded council meeting. “Long-term for the environment, long-term for the sewers that we have to repair all the time from corrosion. Long-term for what it does to the cars and what happens when people fall on our sidewalks. Whether it’s geothermal or some other technology, we need to stop ordering salt. We need to think into the future.”

According to the audio (the heated sidewalk motion starts at the 1 hour, 42-minute mark), Côte Saint-Luc’s winter salt price tag will be $619,380 plus taxes for this coming winter which amounts to 6,200 metric tonnes of rock salt.

The counsellor explains that heated sidewalks work in Northern European countries and that there’s no reason it shouldn’t work in Quebec.

The price of salt has risen since last summer, partly because the world’s largest salt mine, just outside Lake Huron, is dealing with a shortage. Quebec’s salt comes in from Chile which is why it’s so expensive, according to CSL city council.

Montreal debated installing heated sidewalks on Ste. Catherine Street last winter, but ultimately decided the technology was not yet developed enough to take the technological and economic plunge.