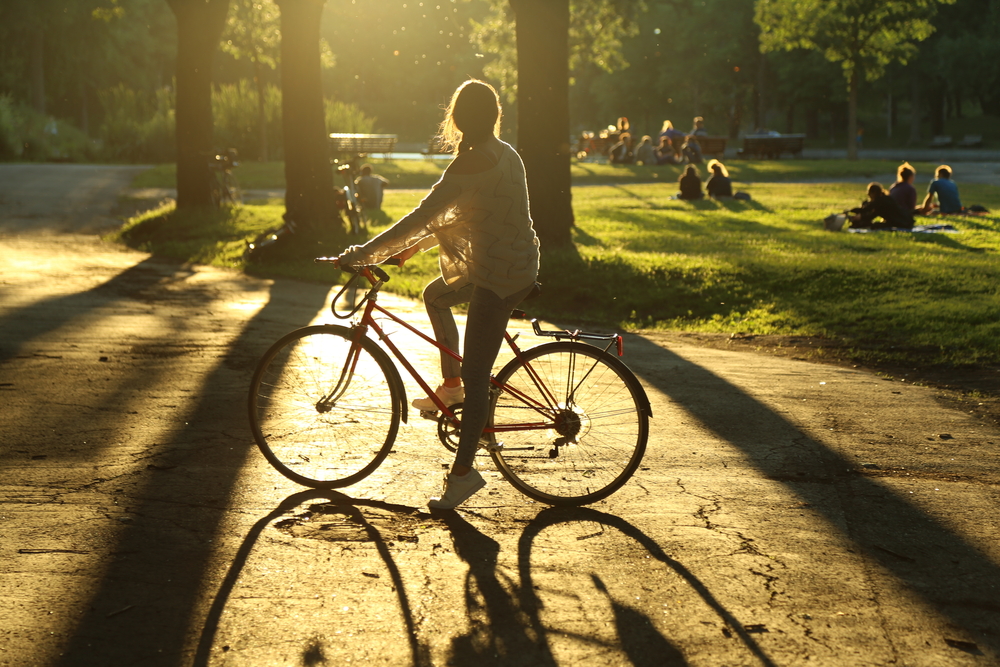 We sat through a cold, dark and snowy winter, Montreal.

This spring has been earned!

There a better way to enjoy it than heading to a beautiful park? Parks are great because you can do nothing or you can do something – and both feel equally productive.

Regardless of which Montreal borough you’re digging yourself out of – there’s a gorgeous park to enjoy nearby.

Whether you’re warming up your arm for the upcoming softball season, feeding the squirrels, taking a run, reading a book, playing chess, or just catching some sweet rays, park season is officially in session.

Here are 7 parks you have to hit up this spring in Montreal.

Westmount Park is a landmark within the Westmount Borough. That’s saying a lot because the park is competing with mansions, the oratory, and Eugenie Bouchard.

Westmount Park’s 26 acres is home to the newly renovated pool, a massive playground, a football/soccer field, tennis courts, gorgeous gardens, a charming dog park, climbable trees and a pond with a mini waterfall.

It may be Montreal’s second biggest park, but it’s arguably number one in popularity.

Jarry Park is a beautiful urban park located in the east-end of Montreal. It’s a great spot for basketball and soccer and has plenty of coffee outlets and restaurants to keep you quenched and well fed during your stay.

If you want to be near the water, look no further than Canal Lachine Park. The park has several picnic tables that overlook both the canal and the downtown skyline.

That’s not all that will grab your attention. The park’s trademark view is the Atwater Market’s Clock Tower and the pedestrian bridge, the link between Saint-Henri and Montreal’s downtown route.

This is the ideal spot for rollerbladers, cyclists, photographers and anyone who wants to shop at Atwater’s farmer market.

La Fontaine Park is a great place to run, train, play, or paddle-board. It’s located in the middle of the busy Plateau-Mont Royal area of Montreal but the park is always quiet and peaceful.

Bring some wine, a bbq, and hope that one of the park’s frequent puppet shows or theatre plays are happening.

Green grass, full trees, a bike path, some wine, and entertainment mixed in with a busy street – it’s urban living at its best.

Summit Woods Park is a great place to go for a hike if you don’t want to get off the island. It’s an ideal spot for people who want to reward their dog with smells, greens, and a challenging trek.

You can’t mention parks in Montreal without highlighting Mont Royal Park. Sure, it hosts two hockey rinks in the winter but nothing tops Mont Royal Park’s weekly Tam-Tams parties every Sunday.

The park’s main attraction is the George-Etienne Cartier monument and the park’s liveliness stems from the sound of the drums from which Tam-Tams gets its name.

There’s music, gymnastics, LARPing, volleyball, hoola hooping, and juggling but the park is best known for being very 420 friendly. Take in the view, take a toke and enjoy an absolute gem of a park.