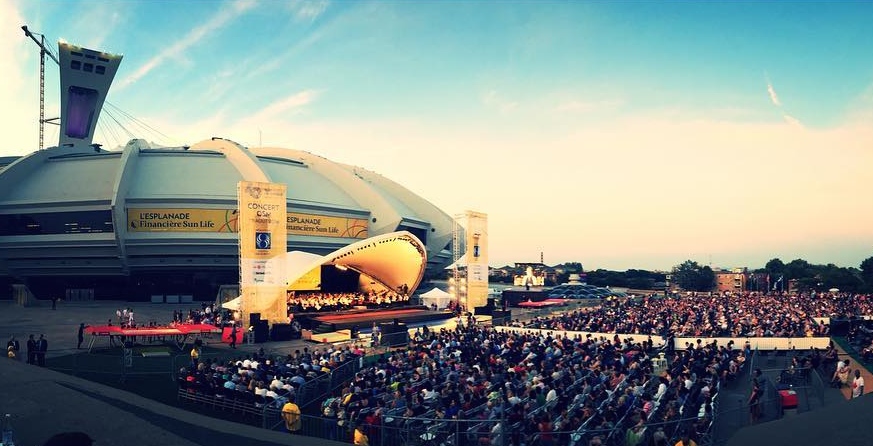 The Montreal Symphony Orchestra has teamed up with the Olympic Stadium to give Montrealers a free outdoor orchestra experience.

The concert will cap off the Montreal summer and embark the Montreal Symphony Orchestra on their Classical Spree, a festival of shows immersing music lovers into the classical genre.

The Montreal Symphony Orchestra, who’ve been playing at the Maison Symphonique de Montreal since 2011, have hosted shows at the Olympic Stadium before and they’ve been electric.

This summer’s symphony will perform Russian composer Rimsky-Korsakov’s “Scheherazade.” Shéhérazade is a fictional character whose magical stories of One Thousand and One Nights will come alive during the show.

The concert will focus on Shéhérazade’s stories that have captivated audiences for centuries, from Sinbad the Sailor to Aladdin’s mysterious lamp.

The symphony will be conducted by maestro Kent Nagano from the Olympic Park’s Esplanade and will feature the contemporary Montreal circus troupe, Cirque Éloize.