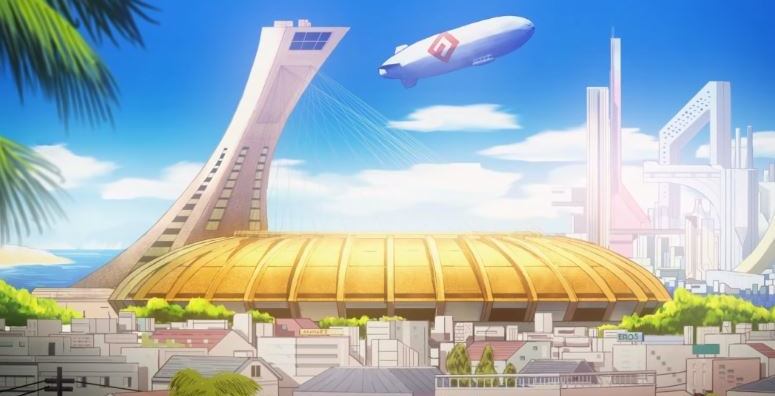 Having hosted its fair share of sports games, it looks like Montreal’s Olympic Stadium will now be in one.

DotEmu, a gaming company that specializes in modern releases of retro video games, released an announcement trailer for the 1994 classic arcade game Windjammers and the opening of the preview features a building that bears a striking resemblance to “The Big O.”

Though Windjammers haven’t officially said the animated building was modelled after Montreal’s Olympic Stadium, it certainly looks like it:

Despite being a near carbon-copy of our Olympic Stadium, Montrealers know all too well that the retractable roof hasn’t been able to stand snow, let alone air attacks.

Windjammers, however, is a single or multiplayer game where opponents face off in a court. Players throw discs at each other and score points if their opponent fails to catch and return it to the other player.

Get a glimpse of the Montreal landmark as the sequel to the cult classic video game is slated for a 2019 release on Nintendo Switch and PC.