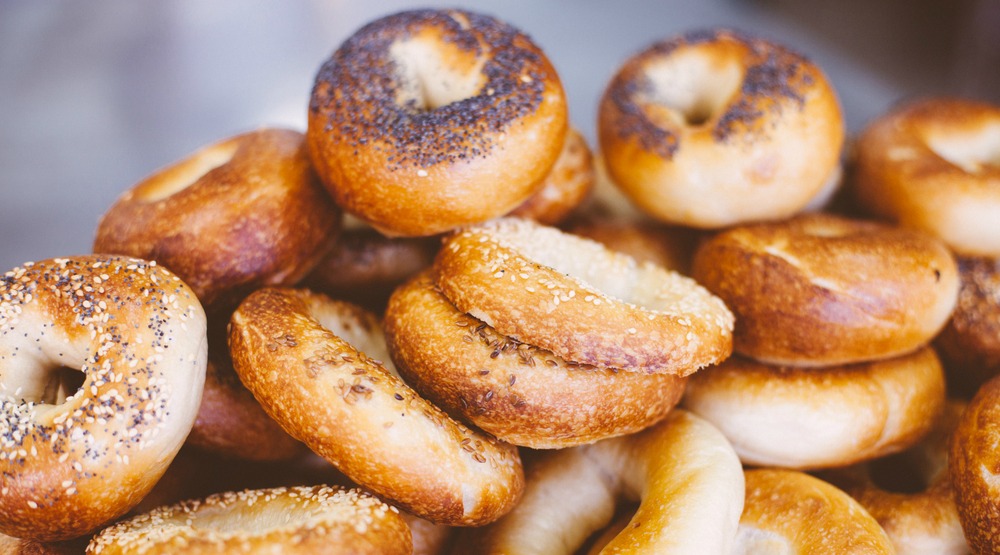 Ah, yes. A feud as old as time itself: the Montreal bagel versus the New York bagel. Our neighbours to the south like to claim that they have perfected the bagel. But thanks to Montreal institutions like Fairmount and St. Viateur, Montreal also has a pretty solid spot on the bagel throne.

Whichever side of the debate you’re on, there are a few key facts to know about Montreal bagels and New York bagels. Continue reading below and you’ll discover the true difference between the famed bagels hailing from our city, and those native to New York.

Let’s make this easy and break it down into categories. Over the course of this article, we will be looking at the difference in texture, size, ingredients, baking method, and variety between the New York bagel and the Montreal bagel.

New York bagels are soft, chewy, and doughy. While Montreal bagels are also doughy, they are denser than New York bagels. In addition, they have a harder exterior thanks to the Montreal method of boiling their bagels in honey and water before crisping them in the oven.

And finally, onto variety. New York bagels come in a massive range of flavours including garlic, bacon, onion, pumpernickel, as well as the classics like sesame and poppy seed. Montreal bagels, however, like to keep things simple. Sesame, poppy seed, and even plain seedless bagels are all staples of a Montrealer’s bagel diet. If you’re looking for something a little more interesting, a cinnamon & raisin or a blueberry bagel are pretty much as adventurous as it gets. But that’s ok, because in Montreal we don’t need fancy flavours or toppings. Our bagels do the talking for themselves.