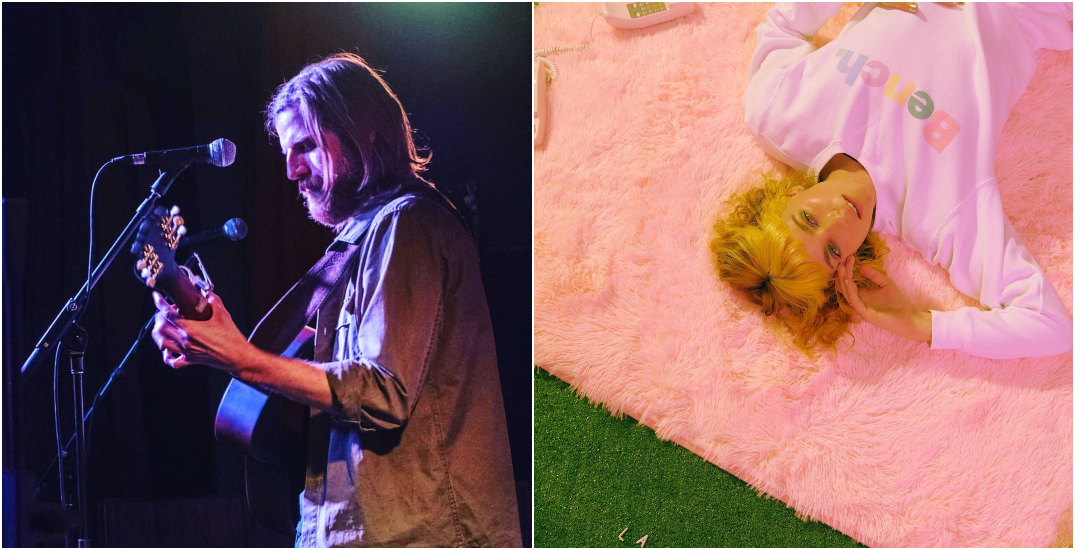 Because the pandemic ruined everyone’s plans for the past two-something years, we’ve all been festering in a cultural cul-de-sac, starving for new content.

There’s finally been a bit of a renaissance in the air, offering Montreal’s artists the opportunity to finally shine again. It might be the perfect time to discover some new artists, music, and shows, just in time for Montreal’s vibrant summer.

It’s part of a current moment — a vibe if you will — but we bet these artists will hit the collective consciousness in no time, and they are yours to discover (or humble brag about already knowing when speaking to your less curated friends).

With a few music videos sprinkled in between, here are some Montreal musicians that should be part of your must-listen and must-watch lists going forward.

In a field bloated by men rapping about the stuff men typically rap about (blunts, 40s, b*tches), Calamine — otherwise known as Julie Gagnon — is an absolute standout.

Her first solo record, Boulette Proof (released in late 2020), earned her both the Prix Félix-Leclerc and the Révélation Radio-Canada 2021-2022 title.

Feminist, queer, rapper, thirsty for a revolution, Calamine is both gritty and sweet in her music, while her poetry is evocative and bratty at the same time.

NOBRO is a classic rock ‘n’ roll band in the absolute best way. The all-female band creates powerful anthems that might make you want to break some things and become your most illustrious riot grrrl self.

Watch out for their upcoming 2022 Canadian tour, opening for Billy Talent and Rise Against, and their new EP Sick Hustle with the hit single “Don’t Die.”

Hologramme is beautiful music by Clément Leduc. It’s an all-electro-synth soundscape that takes listeners on a journey into their own minds.

The band’s beats are soft and quick, giving listeners the feeling that the music itself is coursing through their veins. Hologramme’s new EP, Animal, will make you want to dance, sleep, meditate, get busy, and everything in between.

All you need to do is watch Ouri’s music video for “Grip,” the new single from Frame of a Fauna, which was released in October.

It’s beguiling; breathy, simple, and so powerful all at once. The rest of the record for this accomplished writer, musician, and producer is just as interesting, experimental and unexpected at every turn. It’s worth checking out the wide scope of her earlier work too. She’s absolutely hypnotic.

Gabrielle Godon’s first solo project under the alias “Laroie,” Speed of Life is an EP that was released in September. It’s beautifully dreamy, soft, and feels like it might be the soundtrack to our confused, arrested-development generation — always looking but never really finding.

It’s nostalgic and melancholy, and you can’t help but get in your feelings, wondering about everything you’ve ever done, except it’s addictively catchy.

Probably the most mainstream pop artist on this list, Zach Zoya is a talented rapper with an R&B twist who takes his cues from Drake and Kendrick Lamar.

Zach Zoya released his debut EP, Spectrum, earlier last year, and his introspective lyrics are all about growing pains and being on the cusp of success. You’ll find yourself pressing replay over and over again because once you listen to his songs, you’re inevitably hooked.

Sweet Roger is the type of blues and folk music that we don’t hear enough of anymore.

After his debut record, You’ll Always Have Yourself in 2017, David Rozon — the artist behind Sweet Roger — used his time in lockdown to produce a record from home for the first time without his band or studio.

He recently released the first singles from these home sessions, titled “Angel,” “Come Back,” and “Pay Me.” The result is intimate and raw, his lyrics poignant and his voice a lament with a disarming familiarity.

Malia Laura is a breathy R&B artist with an ’80s pop influence. The self-taught musician is exactly the kind of thing to add to your playlist if you’re looking for smooth and beautiful easy listening.

Her debut EP, First Date, was released this year, full of her sultry and rich voice, with a soulful vibe and an overall fantastic discovery.