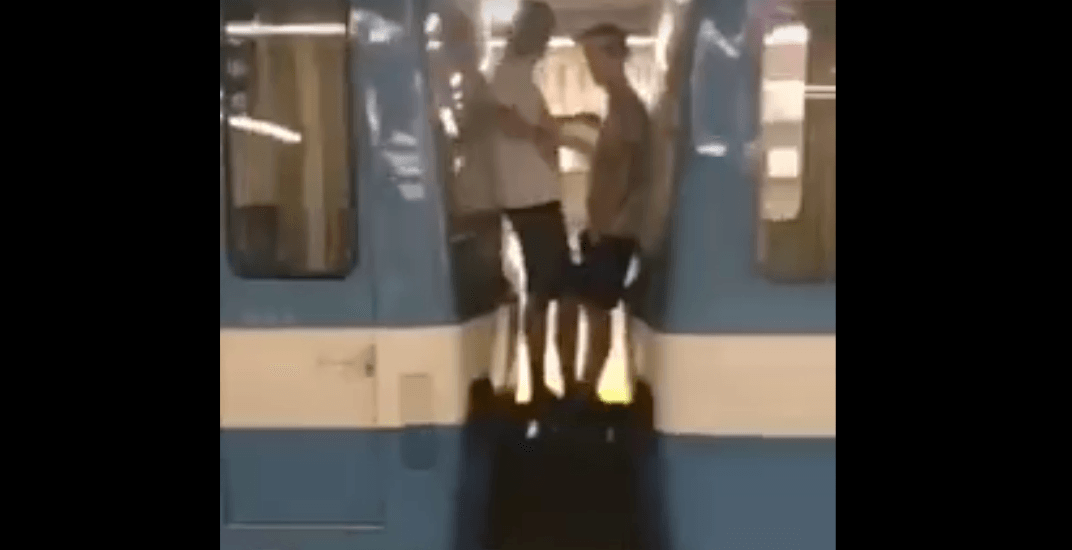 A video of the men engaging in this very risky and illegal act was posted on the Spotted: STM Facebook page.

Both men were riding in the gap where the two trains are connected. The train can be seen departing the station as the men stand on a connecting platform. According to STM’s website, trains can pull into stations at 72 km/h.

The STM does not have any specific rules regarding riding outside of trains on its website. However, it notes that attempting to step on or near tracks can result in serious injury or death from contact with high voltage current.