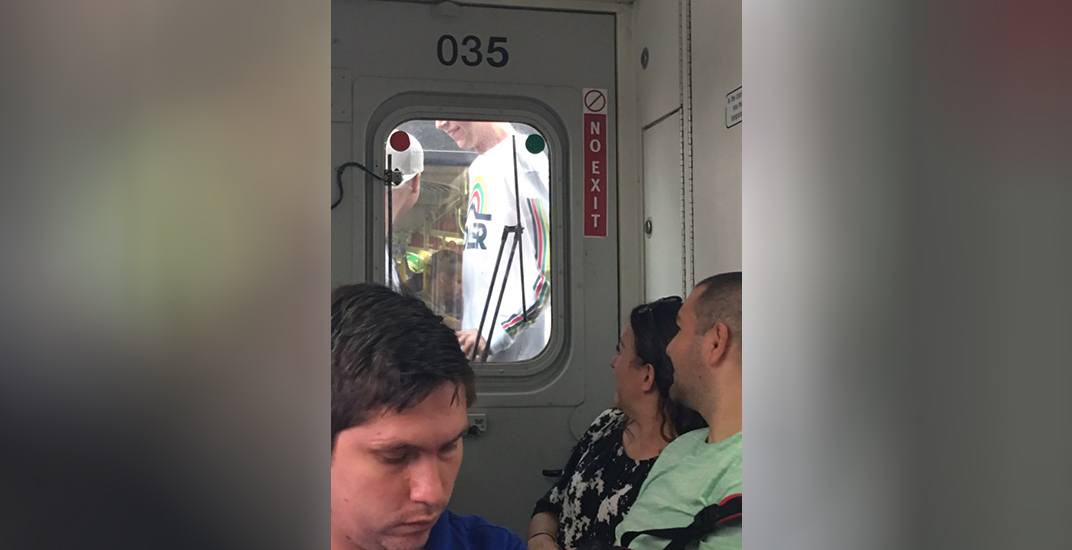 Two young men were spotted in the illegal and highly dangerous act of riding outside a SkyTrain on Tuesday.

The incident was captured in photos by a passenger and posted onto social media.

@TransLink @VancouverPD these kids are in the middle of the trains pic.twitter.com/zT9Bnv43rc

Both men were riding in the space where the train cars, specifically the older Mark I model of SkyTrain cars used on the Expo and Millennium lines, are connected to each other. At the time, the train was moving at a high speed between stations.