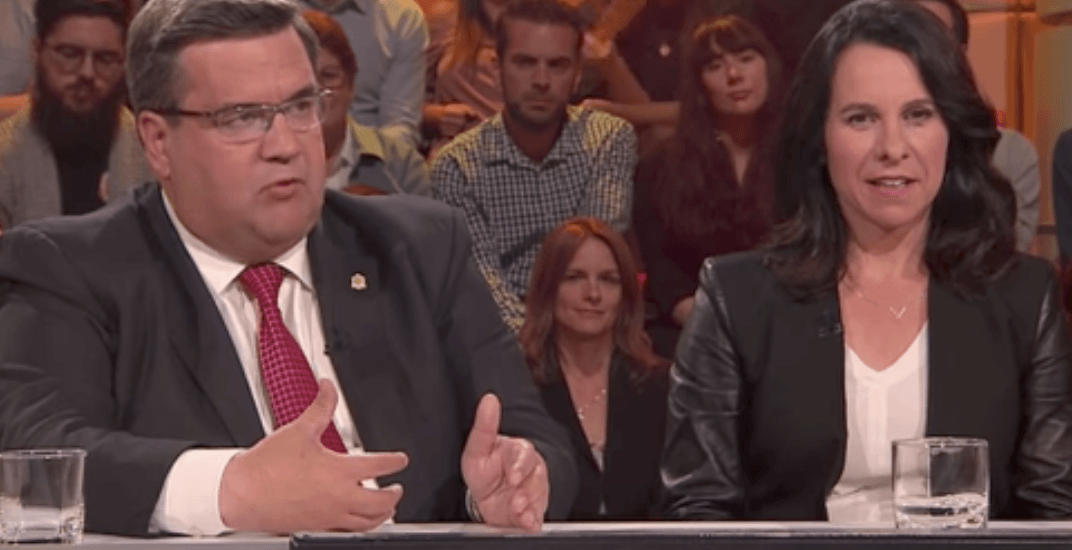 A new poll conducted by Léger Marketing shows that Valérie Plante and Denis Coderre at a dead heat in the Montreal mayoral race. 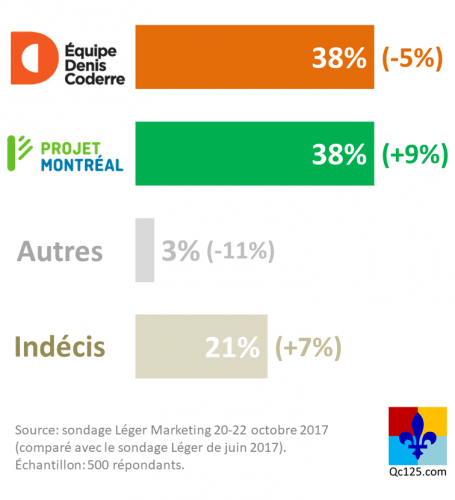 The poll, published on Qc125.com, surveyed 500 Montreal residents online between October 20 and 22 found that Coderre and Plante were tied for support at 38%. Approximately 21% of survey respondents currently say they are undecided.

The poll indicates that Coderre’s support amongst francophones dropped six points to 43%. Francophone support for Plante increased by eight points to 40%. 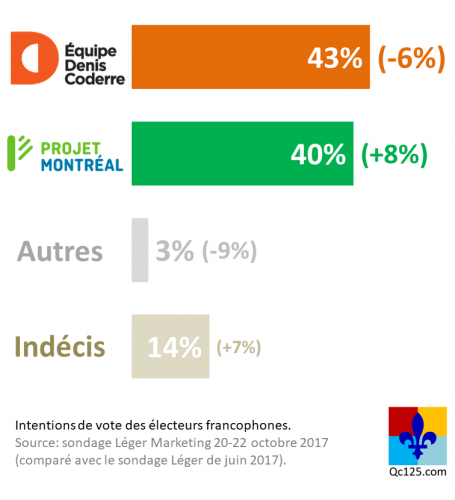 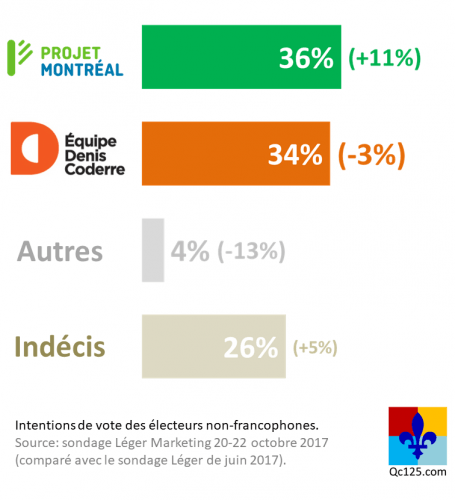 The Montreal election will take place on Sunday, November 5.