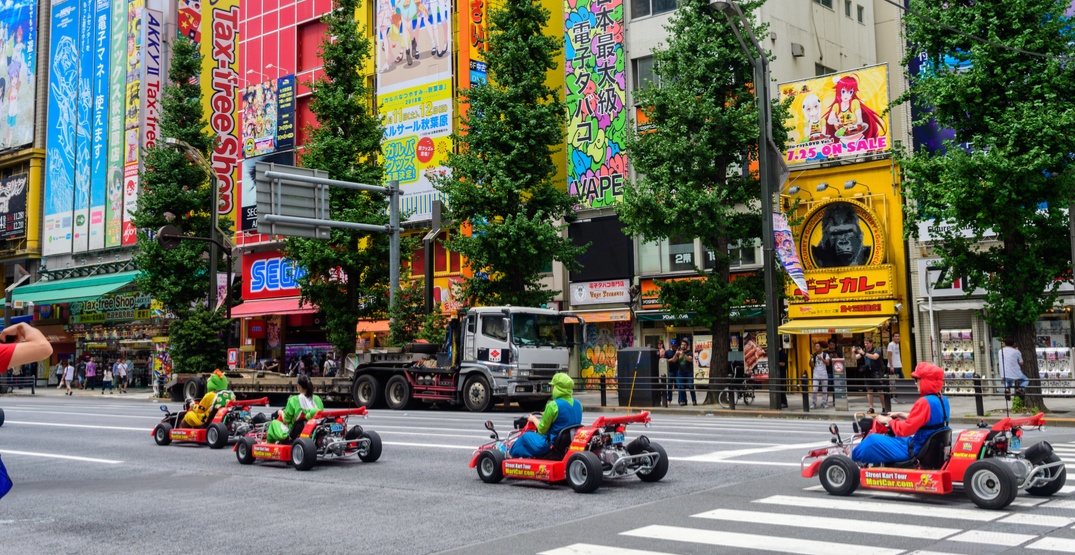 Tokyo is one of the world’s most epic cities, with so much to see — even just within the city centre. If you’re looking for a different way to see the sights and sounds of the big city, here’s how you can take to the roads in a real-life Mario Kart experience.

An activity that has become hugely known worldwide, in large thanks to social media, is Go Karting through the streets of Tokyo dressed as your favourite Mario Kart characters. Yes, just like the video game (minus the bananas). You’re not restricted to just Mario Kart characters either, and these characters are not offered through all organizations — we’ve spotted Minions and even Batman and Spiderman!

Race with a group and drive through the busiest areas of the city including Akihabara, Shibuya, and around Tokyo Tower. There are a variety of courses to choose from ranging from one and a half to three hours, and each company varies the routes they take throughout the city.

If you’re concerned about driving in tiny go-karts along the busy main roads, you don’t have to worry! You’ll be guided by employees donned in costumes themselves — and you’ll still have to abide by traffic laws. It’s just a really fun way to see the main sights in the city area.

Not only that, but you’ll truly feel like a celebrity as you drive through the streets and see locals waving and taking photographs of you! And to participate, all you need is a valid international driving licence and your game face.