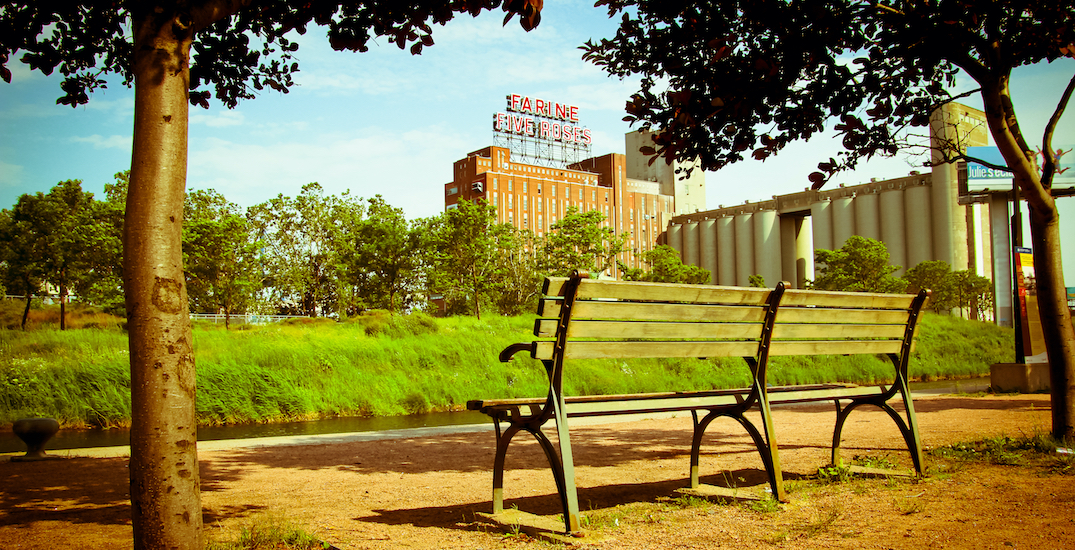 Note: While local parks, shops, and events are reopening throughout the province, Santé Quebec is reminding individuals to monitor their health for signs and symptoms of COVID-19. If you’re not feeling well, they recommend staying home at this time. If you decide to go out, maintain the two-metre physical distancing guidelines and wear a face covering or mask when in public.

Montreal is oozing with photo opportunities, regardless of the season — there’s no doubt. But the city is also rich in terms of iconic buildings, structures, and sights.

Considering this summer has a different feel than years past, it might be time to grab that camera and get in touch with some landmarks from around the city.

We’ll keep recognized restaurants and bars out of this one, only because COVID-19 protocols means its a lot safer to be spending time in the great outdoors.

Since no tourists are soaking up all the recognized sights and sounds of our city this summer, maybe it’s time to take a stroll and reconnect with some of the following landmarks that make Montreal what it is.

Mont Royal, the three-peak mountain to which Montreal gets its name, is arguably the most popular spot amongst tourists and locals alike.

The mountain is made of three peaks: Mont Royal at 764 feet above sea level, Outremont at 692 feet, and the Westmount Summit at 659 feet.

Whether you’re going for a hike, a view, a park, or smoke Tam-Tams, Mont Royal is one of the most picturesque sights on the entire island.

Construction of the Notre-Dame Basilica began in 1824, and with 11 million yearly visitors, it is one of North America’s most-visited structures.

The sign consists of fifteen letters arranged in two rows, repeated on both sides. Each letter measures roughly 15 feet in height and the neon-lit letters stand out among Montreal’s night sky. The words flash on and off in a slow rotation that lasts about 25 seconds.

One of the largest church domes in the world, Saint Joseph’s Oratory is the largest building in Montreal and a new $80 million project will renovate the 53-year old structure into offering an unprecedented 360-degree view over the mountain of the city.

Montreal has a lot of tall structures, and La Grande Roue fits in well in that regard. It’s the tallest ferris wheel in all of Canada. Even though it’s relatively new to Montreal’s landmark scene (it opened in 2017), it’s quickly becoming a favourite with locals and tourists.

The Clock Tower, built in 1922, marks the entrance to the Montreal’s Old Port and was erected to dedicate the seamen who died in World War I.

The tower is traditionally climbable but COVID-19 has resulted in us being only able to appreciate it from afar for the time being.

The Jacques Cartier Bridge is a steel bridge that crosses the Saint Lawrence River and connects Montreal to the South Shore. With over 35 vehicle crossings annually, it’s the third busiest bridge in Canada, the first being Samuel-de-Champlain Bridge, just a few kilometres upstream.

The Jacques Cartier Bridge offers gorgeous views of the island, the South Shore, and beyond, and is arguably the best spot to catch the summer’s usual fireworks display (which didn’t happen this year because of you-know-what.)

The Biosphere is a museum dedicated to the environment, and it’s an absolute gorgeous spectacle. Whether it’s lit up in the summer or winter, it’s a big-time emblem and photo opp.