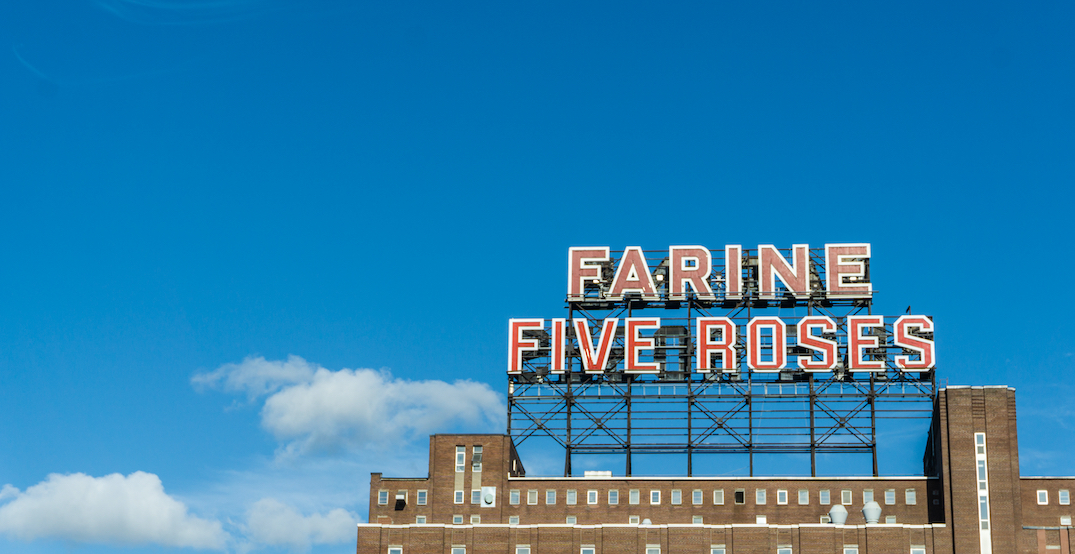 Concerned about protecting Montreal’s heritage, the borough of Ville-Marie will be preserving “signs of interest” from around the island.

Based on a survey of roughly 200 commercial signs in its territory, Ville-Marie has identified 19 signs of interest that will be preserved.

The preservation includes requests to the city for transformations and removals, allowing for landmark signs to hang around the city for years to come.

Along with the Farine Five Roses sign, the Archambault and Guaranteed Pure Milk are among the city’s landmarks that have “selected for their landscape, aesthetic, and social value, says the Ville de Montreal.

“This census, a first in Montreal, will allow borough teams to better support owners who are planning renovation work and to make them aware of the importance of preserving the distinctive elements of their building,” says Anne-Marie Sigouin, the councillor of Ville-Marie and president of the Commission of culture, heritage, and sports. “This collaborative approach will also promote citizen appropriation of the local heritage of Ville-Marie, while strengthening the pride of borough residents in living there.”

“Whether classified, interesting or modest, our heritage contributes to the identity of our neighbourhoods,” said Mayor Valérie Plante, citing the Farine Five Roses sign. “This priceless heritage has woven the DNA of our metropolis; it deserves our utmost consideration.”

The Farine Five Roses sign, a massive neon emblem that greets drivers entering the city from the south, consists of fifteen letters arranged in two rows, repeated on both sides.

Each letter measures roughly 15 feet in height and the neon-lit letters stand out among Montreal’s night sky. The words flash on and off in a slow rotation that lasts about 25 seconds.