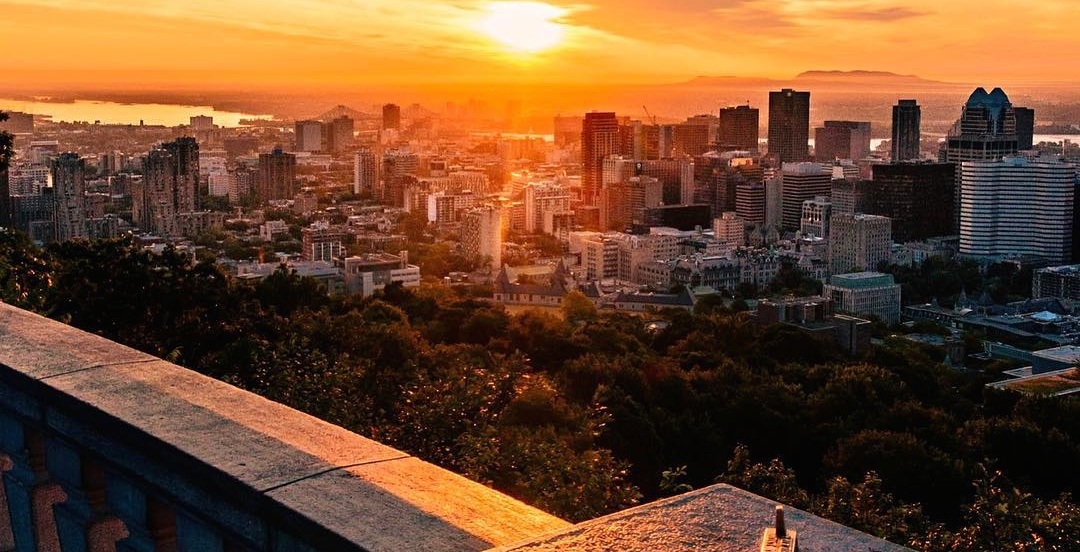 The second official day of summer is coming in hot — literally.

Environment Canada has issued a heat warning for Montreal and its surrounding areas, calling for “feels like” temperatures to creep close to 40°C.

The weather agency says that temperatures will be a few degrees higher in highly urbanized areas, calling the weather to be “particularly uncomfortable.” 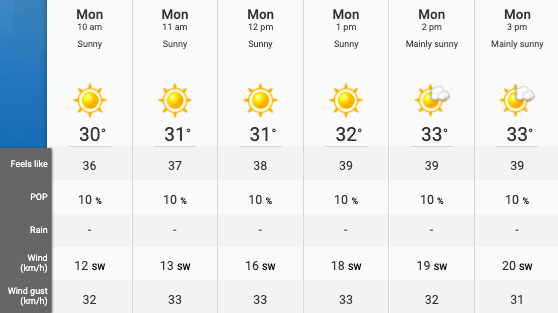 Environment Canada’s heat warning, issued in the early hours of Monday morning, is in effect for the following areas:

It currently feels like 34ºC in Montreal, with temperatures expected to reach a high of 39ºC by this afternoon. Tuesday and Wednesday are forecasted to bring some thunderstorms and dangerously high humdiex values of 41ºC, starting on Tuesday, before easing into much more summer-like temperatures for the rest of the week. 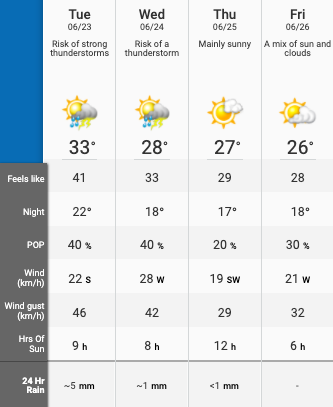