Since November 24, 35 new flights have been added.

According to the Government of Canada, passengers on 20 international flights that touched down or departed from Montreal could have been exposed to coronavirus.

In terms of domestic flights that departed from Montreal or landed at YUL, 19 flights could have led to virus exposure.

The affected rows have been identified for certain international flights. 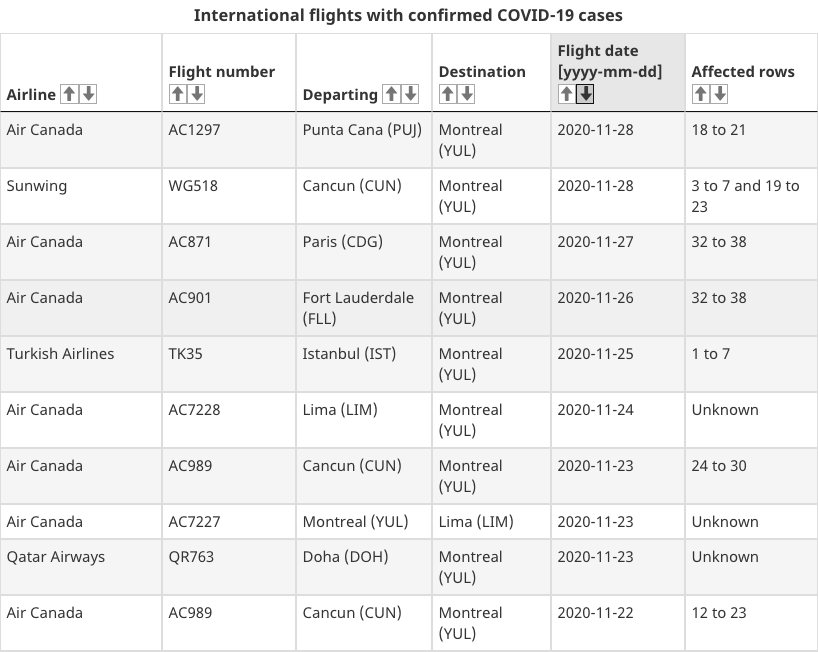 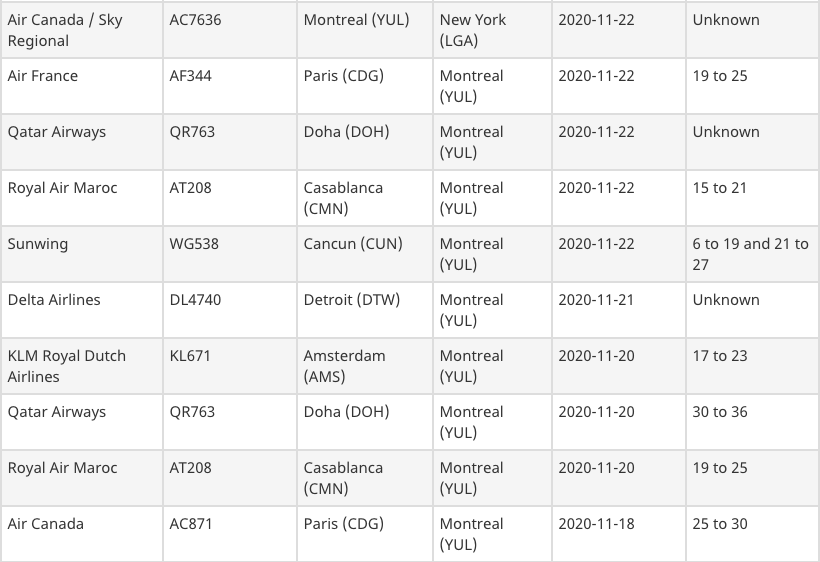 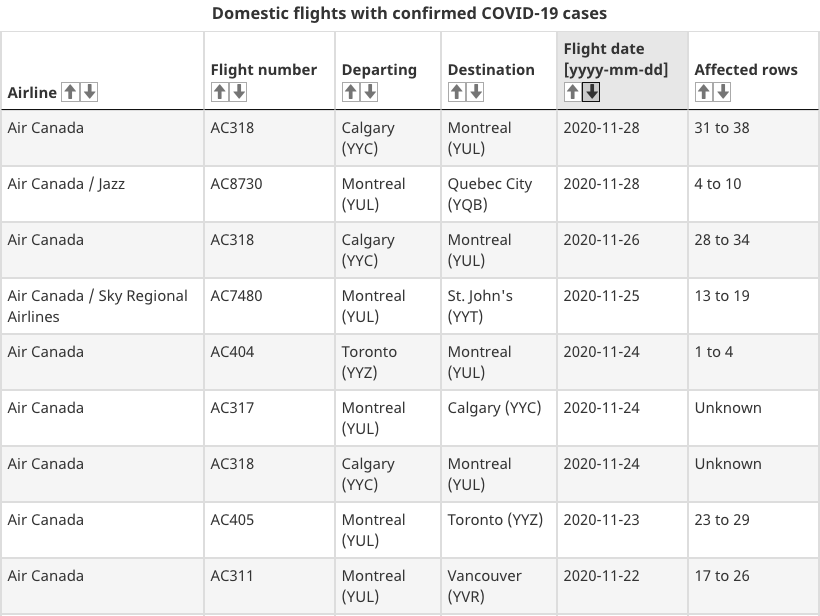 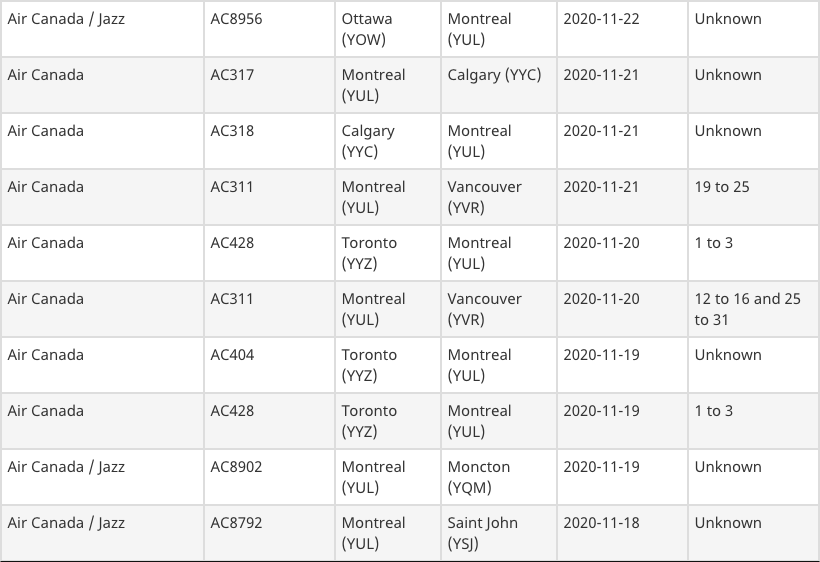 Tam also said that procedures such as mandatory mask-wearing and proper physical distancing would help to limit the spread of COVID-19.