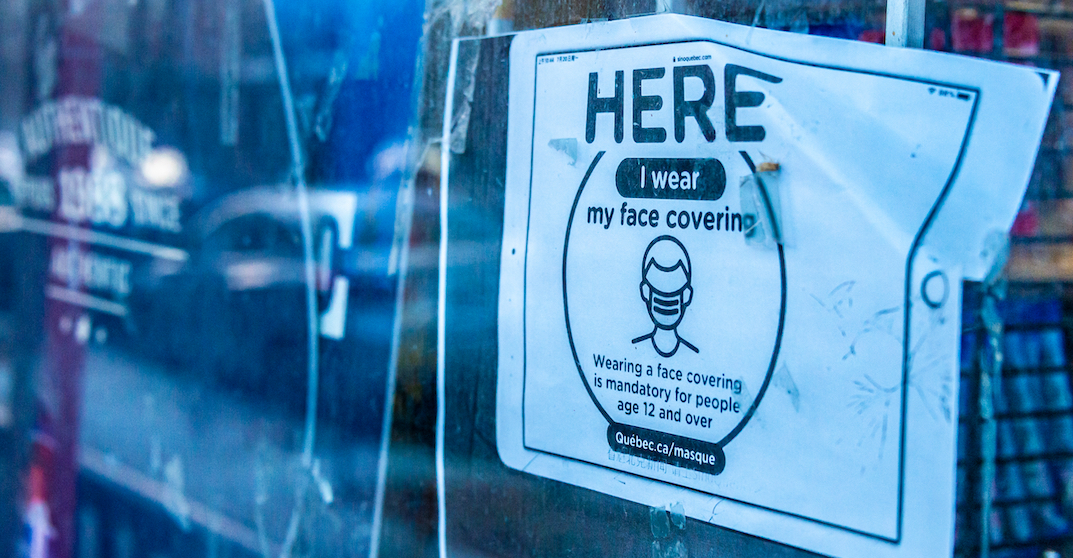 The Quebec government is tightening restrictions in shopping malls and stores to help limit the spread of COVID-19 throughout the province as cases, deaths, and hospitalizations continue to increase.

On Wednesday, Deputy Premier Geneviève Guilbault announced the new limits, citing the government’s worry that increased cases will not bode well for an influx of holiday shoppers.

As of Friday, December 4, there will be a maximum number of clients permitted in shopping centres and stores, depending on size. All stores will be required to post signage that faces outside indicating their respective limits, and stores will need “clear markers” to direct interior foot traffic.

Mall and store owners will also have to enforce physical distancing and mask-wearing in lines outside stores. People who don’t respect the new rules could be subject to fines between $1,000 and $6,000.

“We have to respect the rules and ensure these places do not become areas for transmission,” said Guilbault in French. “We want this to be uninformed.”

Guilbault said “many businesses” have already implemented limits on capacity but said it’s important for all stores to start doing so.

The deputy premier said there will be an increased presence of public health officials, and a boost in police presence will be seen to help ensure the rules are being followed.

When asked if the government had plans to close shopping malls and stores to help contain the spread of the virus, Guilbault said the government does not want to, hence why the new restrictions are being put forth. She said remaining open is “very important to them.”

Dr. Horacio Arruda, Quebec’s director of public health, said zero recent outbreaks have been linked to crowded stores and shopping malls. He says the new rules are “preventive measures” to avoid an uptick in cases during Christmas time.