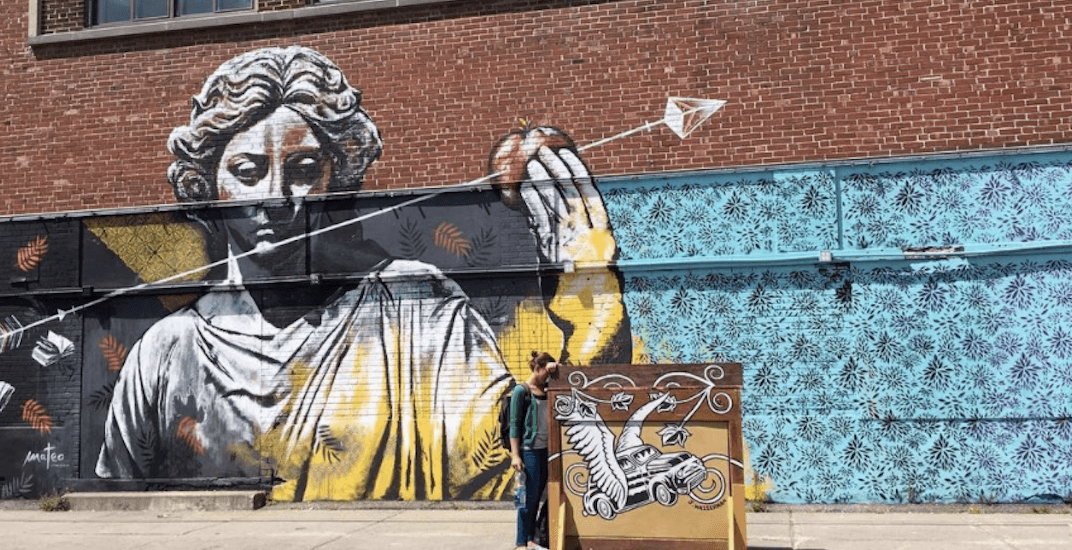 Happy Thursday! From a public art walking trail to fetish weekend, there is plenty happening today. Get out there and enjoy these Montreal events.

Described as “6 days and nights fantasy-filled experience unlike anything else in the world,” Montreal’s Fetish Weekend promises to be anything but boring. Located in the heart of the Gay Village, Fetish Weekend will comprise of fantasy-themed events, play scenes, demos, workshops, and a fetish photo walk.

Create your own song by swinging back and forth on Montreal’s now famous 21 swings. One swing plays a note while several produce a melody so be sure to head on over with a few friends.

Where: From the Place des Festivals to Le Parterre, along De Maisonneuve Boulevard and Président-Kennedy Avenue
When: August 8 to September 5

Voiles en Voiles has returned to Old Port once again! Open all summer long, this attraction encourages both children and adults to “live a memorable adventure.” This family park features 61 activities and will have Montrealers exploring a giant pirate ship by way of climbing, sliding aerial adventure courses, and inflatable games. Whether you want to soar 20 feet high in the air, conquer a built-in rock climbing wall, or play in a bouncy castle, there is something for everyone. Rates vary depending on which activities you want to do aboard the ship. For example, access to the inflatable games is just $12, while access to the inflatable games, rock climbing wall, aerial courses, and the all aboard course will set you back $45. No matter which you choose, it’s guaranteed to be an afternoon you’ll never forget! Be sure to head down to Old Port before the end of the season.

Where: Place des Vestiges, Old Port
When: Until the end of October