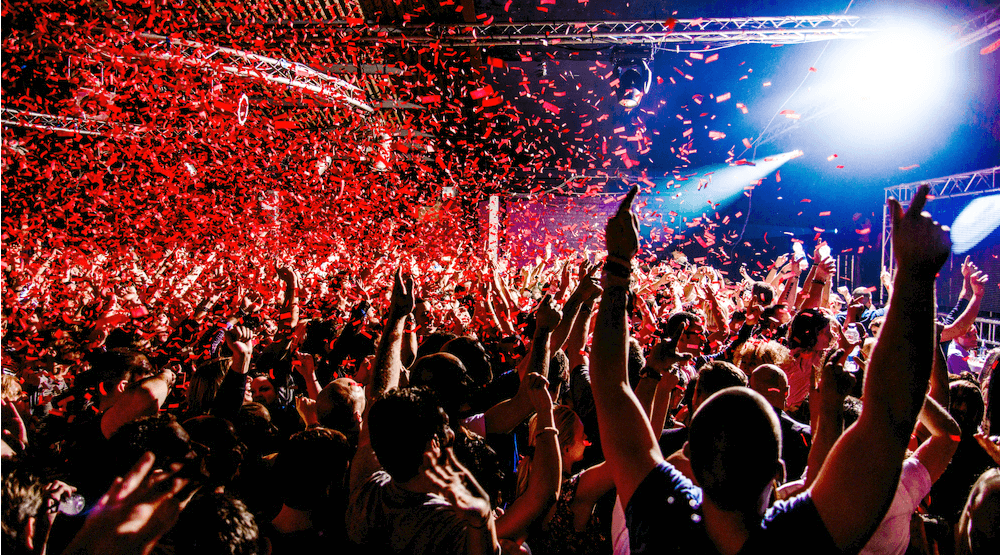 From food festivals in the country to free outdoor EDM parties, here is everything you need for your weekend social calendar.

Boulangerie St-Méthode presents the third edition of Tremblant Gourmand, the biggest festival for active epicureans in North America. From September 10 to 18, Mont Tremblant and its pedestrian village come alive with nine days of excitement inviting you to EAT, MOVE, and DRINK! Whether it’s hiking or biking the gourmet trail or checking out the artisan fair and demonstration areas, there’s plenty to discover, taste, and enjoy amidst Tremblant’s beautiful natural surroundings.
When: September 10 to September 18
Where: Tremblant, Quebec

Studio Tattoomania presents the Art Tattoo Show coming to Montreal from September 9-11, 2016. For three days, Place Bonaventure will become a tattoo-lover’s paradise, covered head to toe with incredible tattoo art and filled with over 250 internationally renowned tattoo artists thanks to Studio Tattoomania’s Art Tattoo Show.
When: September 9 from 6 pm to midnight, September 10 from 11 am to 11 pm and September 11 from 11 am to 7 pm
Where: Place Bonaventure, 800 Rue de la Gauchetière Ouest

On September 9th and 10th, Montreal will be hosting a free EDM street festival on Crescent Street! That’s right folks, Villa Paradizo is returning to Montreal once again. Known as the largest outdoor EDM street festival in Canada, Villa Paradizo will be in Montreal in just four weeks. This two-day EDM extravaganza promises to be jam packed with international and local artists. This year’s headliners include Firebeatz, Garmiani, Cazzette, and Thomas Gold.
When: September 9 and 10
Where: Rue Crescent

Montreal’s 8th Annual Oysterfest is back at Terrasse Bonsecours on September 11, 2016. In addition to the thousands of oysters that will be cooked to perfection and yours for the taking, Oysterfest will feature a myriad of exciting events. This year’s competitions include an amateur shucking competition, a seafood plating competition, a bloody caesar competition, and best of all, a secret ingredient cocktail making challenge.
When: September 11
Where: Terrasses Bonsecours, 364 Rue de la Commune East

Quebec farms are opening their doors for one day only this fall. On Sunday, September 11th from 10 am until 4 pm, over 100 farms in Quebec will be open to the public and offer free entry. Quebec’s Agricultural Producers Union invites you to their annual open house day, in which anyone can visit a farm and learn what goes on. Participating farms specialize in everything from vegetables and dairy products to alpacas and sheep, and will be hosting a variety of family-friendly activities throughout the day.
When: Sunday, September 11, 2016 from 10 am until 4 pm
Where: Various locations, click here for more details

The Grand Prix Cycliste de Montreal is back for another exciting year! Yes, it means many downtown roads will be closed, but it’s also an honour for Montreal to be hosting such a prestigious event.
A sanctioned UCI World Tour event, the Grand Prix Cycliste de Montreal is one of the top road cycling races in the world.
Where: Various locations, click here for a full map of the route
When: September 11, 10 am to 4:30 pm

There is only one month left of Montreal’s best EDM music extravaganza, Piknic Electronik. Wrapping up on October 2nd, Piknic Electronik is carrying into the fall with a show every Sunday afternoon at Parc Jean Drapeau. If you’re a huge Piknic fan, then be sure to head on over this Labour Day weekend for three back-to-back shows.
When: Every Sunday until October 2
Where: Parc Jean Drapeau

British electronic producer and performer Gold Panda makes an appearance in our city in the beginning of September. Four studio albums and several singles since his 2009 debut, Gold Panda’s beats will get you moving.
When: September 11 at 8 pm
Where: Fairmont Theatre, 5240, Avenue du Parc