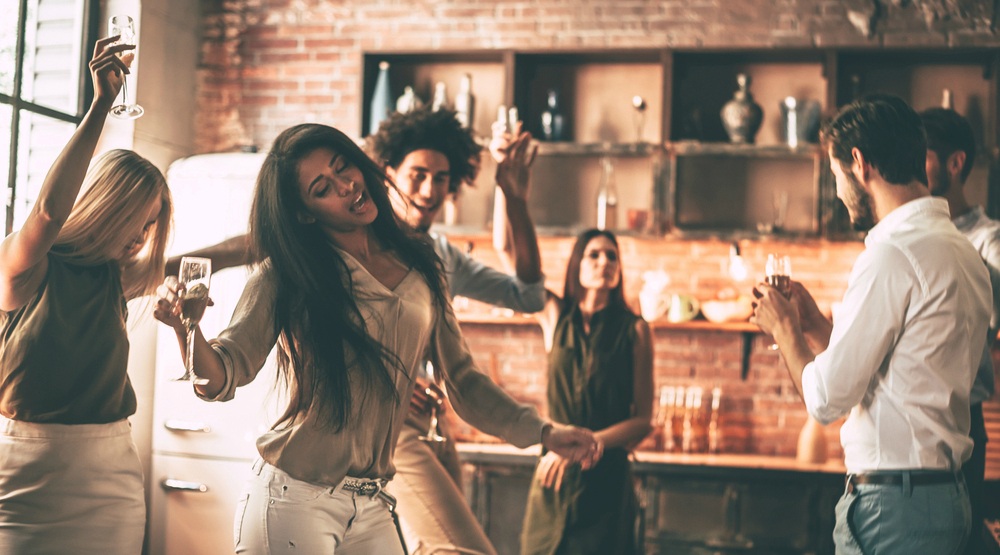 From a whole slew of amazing live performances to an epic dance battle, here is everything you need on your social calendar this weekend!

Les Cowboys Fringants are one of Quebec’s most known folk rock band, and who doesn’t love ’em. Last year, the band, who have been around since 1997, released their album Octobre – which was also the name of their single. Catch them live this month!
When: Saturday, October 15 at 8 pm
Where: Metropolis – 59 Rue Sainte-Catherine Est

Can I Get a Soulclap

The 7th edition of ‘Can I Get a Soul Clap’ will again welcome hundreds of Canadian and International Street Dancers eager to test their skills and compete for first place in the two categories of ‘Breakin’ (BreakDance) and ‘All-Styles’ (all Street Styles). For anyone who’s never been to a Street Dance event this is an excellent opportunity to experience the exciting universe of Urban Culture.
When: October 15
Where: Stereo Montreal, 858 Saint Catherine East, Montreal

On Saturday October 15th, Rosewood proudly presents an intimate evening with none other than live disco-house power trio Tortured Soul. It has been over a year and a half since their last sold-out appearance in Montreal. The time has come to host them again, this time in Montreal’s old port. Supporting this evening is the glamorous hostess with the mostest Keithy Antoine Ladyspecialk, as well as dj performances by the legendary Michael Terzian (Gold Diggerz) and Tony Montreal.
When: Saturday, October 15 at 8 pm
Where: Rosewood, 60 rue St-Jacques, Montreal

Didn’t get your fix of jazz during the International Jazz Fest, then you’ll really be digging the fact that Montreal is set to host a second jazz festival this October. The OFF Jazz Festival is coming to Montreal this Thanksgiving weekend. From October 6th-15th, various venues around Montreal will be filled with some of Canada’s top jazz musicians. Atlantic singers Christine Jensen and Maggi Olin will be kicking off the festival on October 6th, while other festival headliners include Chaosmos, Quattro Venti, Nomad, and the Olivier Babaz Trio.
When: Until October 15
Where: Various locations, for a full list of venues click here

Check out the Montreal Burlesque Festival

It’s time to get your Moulin Rouge on. Montreal is hosting a three-day burlesque and cabaret festival this October. From Thursday, October 13th until Saturday, October 15th, Club Soda on Saint Laurent Boulevard will become home to the Montreal Burlesque Festival. Each night Club Soda will open its doors at 7 pm and will host a burlesque and cabaret show starting at 8 pm sharp.
When: Until October 15
Where: Club Soda, 1225 Boulevard Saint Laurent

You don’t need to understand anything about quantum physics or string theory to enjoy Nick Payne’s Constellations, but it probably won’t hurt if you do. The Centaur has decided to open its 48th season with a magical, quirky, and intellectually and emotionally compelling two-hander by British playwright Nick Payne, about the concept of a “multiverse” existing, where “several outcomes can coexist simultaneously.”
When: Until October 30
Where: Centaur Theatre, 453 Rue Saint-François-Xavier

American rapper Ty Dolla $ign is everywhere these days – including Montreal this month. Ty Dolla is known for his singles “Paranoid” and “Blase,” and has worked with everyone from Kendrick Lamar to Kanye and Diddy. He’s hot in the music scene, and will be heating up the Olympia soon.
When: Sunday, October 16 at 9 pm
Where: Olympia de Montreal – 1004 Ste-Catherine Est

Vancouver babes Bob Moses are back in Montreal for a show at L’Astral. With their debut album, Days Gone By, released in September, expect to hear a lot of epic electo-pop fusions like their singles “Talk” and “Too Much Is Never Enough.”
When: Sunday, October 16 at 8 pm
Where: L’Astral – 305 Rue Ste-Catherine Ouest

Jump up and down at iSaute

Take up extreme trampolining for an evening at this 30,000 square foot warehouse in Anjou. With massive rooms filled with wall-to-wall trampolines, you can feel like a kid again jumping as high as your body can soar. If you get tired of plain old jumping, iSaute also boasts a trampoline dodgeball stadium and a basketball dunk centre.
When: Monday to Thursday 3 pm-9 pm, Friday and Saturday 9 am-12 am, Sunday 9 am-8 pm
Where: 8700 boul du Golf Anjou

Gardens of Light is back by popular demand at the Montreal Botanical Garden. As of September 2nd, the gardens will be lit up at dusk, inviting Montrealers to stroll along the paths guided by stunning multi-coloured lanterns. Inspired by Chinese and Japanese gardens, this year’s Gardens of Light will tell the story of the Son of Heaven, the Chinese Emperor.
When: Until October 31, every day from 9 am to 9 pm
Where: Montreal Botanical Garden, 4101 Rue Sherbrooke Est